Is The Last of Us the first "Mature" Mature Video Game? (NO SPOILERS) 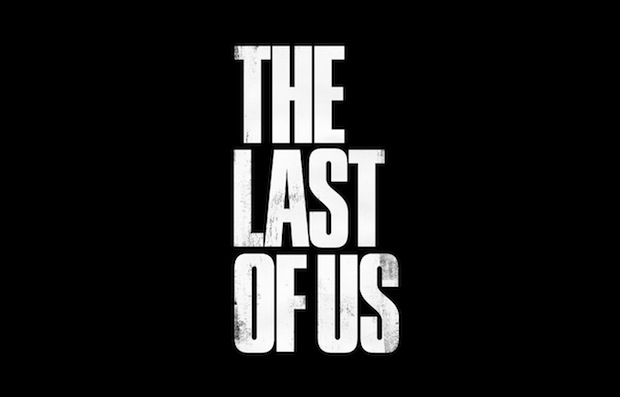 The Last Of Us will be turning two weeks old as of tomorrow. Released with universal acclaim from the majority of critics and taking a fairly positive reception from gamers, Naughty Dog's last game for the ending seventh generation is something that will be discussed for quite a while. Less than two weeks old, The Last of Us is already receiving differing opinions from gamers.  From complaints about the gameplay and that Naughty Dog should just start making movies. The differing opinions fit along something that comes across commonly among music, movies, television, books, and video games. It's very common that people will carry different taste when it comes to any form of entertainment. It's for that, that it can also be seen why one wouldn't like something you may love. I can totally understand people not being able to get into Mad Men, when it's such a slowly drawn out show and at many times no one seems happy. Kid A is not an easy album to get into nor is Kanye West's recently released Yeezus. Both albums can be seen as alienating and much darker than the artist's previous albums. I myself could never get into The Usual Suspects nor can I see why it's #26 on iMDB's Top 250 Movies(Please don't kill me). That's what great about this medium of entertainment, it can be argued and discussed as the years go by. Some are even saying The Last Of Us is the "Citizen Kane of Video Games". While I would never go that far, I would say it's one of my favorite games of this ending generation. What really stood out for me though was the level of complex and grown up storytelling the game held.

The Last of Us at it's purest breakdown is about survival. It's the reasoning for the actions done by Joel and those who surround them. Twenty years into the post-pandemic world, Joel has done some terrible things. He's realized that living in such a world as he does, doesn't come with it's accounted consequences. As Ellie says in the commercial "He tells me that on this journey, you either hang onto your morals and die or do whatever it takes to survive". Joel chose the latter and for this he is still alive twenty years later. What The Last of Us does so well is the cast of characters are more than just an array of survivors. They have their own ambitions, reasons, and causes that at the same time will be given away at an instance for survival. It's also fitting that these characters no matter their sex, race, or sexuality carry no matter in how they survive or are reflected. Even the most despicable character you meet in the game is out for his own survival even if it's for all the wrong intentions. Naughty Dog has created characters that until recently could only be found in Television or Movies that fit right along with the thematic and daunting material that is carried along within the game.

The Gameplay also rides on the sole factor of survival. The clickers and hunters you come across in the game are both out for their own survival. Ammo and supplies are limited with good reason. The choices you make in combat, especially when played on Hard or Survival mode hold many consequences. You could run out of ammo during combat and still have three hunters to face with just a brick. If you decide to make a moltov cocktail it may take a while until you can make another health kit. Using the last of your shivs on a clicker may mean you won't be able to open a door in the next room. The Last of Us rides on these choices and while they aren't as pivotal as the choices made in Mass Effect or The Walking Dead, you can end up leaving a building with completely different results. Naughty Dog also got rid of two mechanics that would be found in their Uncharted Series: The ability to jump freely and to go into cover with the press of a button. There is no crazy acrobat skills carried in Joel that allow him to jump from ledge to ledge. It's clear when he will have to find another a way to reach an area. The ability to crouch allows you to hide behind counters and beds but it doesn't completely allow you to hide behind it. It's for these reasons and limitations held within the gameplay, that adds tension that hasn't been seen in a video game for quite some time. I won't spoil anything but the third season that you come across in The Last of Us is the closest I've ever felt to being excited and fearful to see what was going to happen. It was a moment like this that kept me captivated and glued to my seat as I played through these horrible events happening right in front of me.

Now there has definitely been other games that have carried such mature storytelling, Red Dead Redemption and The Walking Dead come to mind. But as an overall game with the gameplay in mind the only other game I have ever felt carry such a surreal level of maturity is Half Life 2. Which is interesting due to Half Life 2 and The Last of Us sharing several similarities. Such as taking place after the world as we know it is over, cities being run by an overbearing force and very creepy zombie-like creatures living outside of these cities. Just recently there was another game that came out with universal acclaim that everyone thought was going to be next step in video games: Bioshock Infinite. While I really did like Bioshock Infinite and it's amazing ending, the gameplay sticks out as the sore end of the game. In the past few months since the game has been out, I have seen the gamplay questioned more than a dozen times. While I don't carry any complaints about the amount of violence, it just seems that the story was put more into importance than the gameplay. While this definitely isn't a bad thing, in fact I'd rather play a game with a good or interesting story than gameplay(Deadly Premonition), I feel that The Last of Us excels with both. The gameplay plays just as an important role in forming and characterizing the characters than the story being told does. It's the intertwining of the two that it really makes the game feel just as mature as it's trying to be. I'm not saying The Last of Us will change the way games will be told or made nor will it be universally loved by all gamers but it feels like The Last of Us is everything that Naughty Dog has been building up to over the past twenty years. As the company and industry has matured so has their games. The Last of Us should be held down as their golden landmark in narrative storytelling and gameplay. Whether you actually end up liking the story and/or gameplay, that's completely up for you to decide.
Login to vote this up!