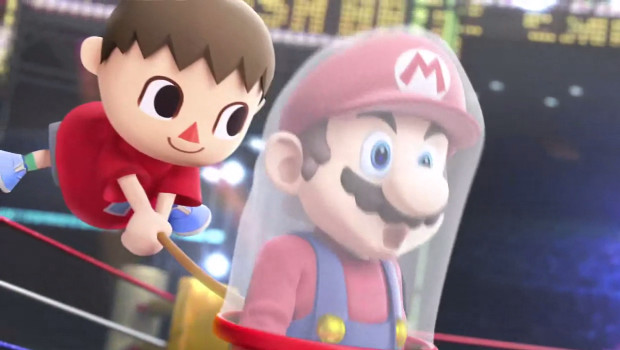 The only caveat with this would be its use in the art noted earlier. Either the art doesn�t represent actual gameplay, or he would be able to use the net in the air. I�m leaning towards the latter, as the other characters that also use some sort of item to grab opponents can use them in the air. However, the difference between Link�s hook shot and Samus�s grapple beam when compared to a butterfly net is that the former two are used as tether grabs in the air, as well as damaging attacks. This leads me to think that the butterfly net would represent one of two extremes. In Brawl, Lucas�s rope snake couldn�t hurt people, only act as a tether grab in the air. The Villager will have the opposite effect, being unable to recover using the net while having the ability to smack people around with it in the air.
�
Whew! That got longer than I expected. Until we see more from the Villager, I�m done with him for now. I�m really looking forward to giving him a spin, just from what we�ve seen from him so far. Then again, I could say the same about the famous Blue Bomber as well�
Login to vote this up!