11 Reasons Why You Should Be Playing Gunpoint 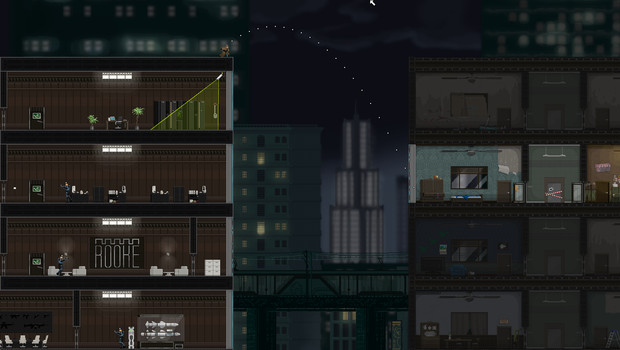 Leaping is done so well, and is so intrinsically enjoyable�once you�ve upgraded it to the max. I think it stems from the idea that you know exactly where you�re going to land. It has this feeling of catapulting, holding the left mouse button until you�re ready to release, flying through a window and pouncing on a guy, throwing someone seven stories, or leaping from the high-security building into the subway just as someone is about to shoot you.

The writing is incredible.�It manages to be hilarious and light-hearted and easy going, whilst not getting in the way or compromising the gameplay. But man, Tom Francis knows how to write funny words.

There are 8 different ways to beat the boss.�Unlike�Deus Ex: Human Revolution�s bosses, which forced the players to play one way, contrary to the rest of the game,�Gunpoint�teaches the players its mechanics and systems and actually allows you to use that knowledge and freedom in the final level and boss.

Get it here.
#General-Opinion/Editorial
Login to vote this up!