Tomb Raider fails to embrace all it could be

12:26 PM on 06.06.2013 (server time)    0
Crystal Dynamics picked up the Tomb Raider franchise and turned heads as early as Guardian of Light, but it was clear they were itching to do something more. Breathing life into a near-dead franchise, Crystal Dynamics has reimagined Lara Croft as a new kind of hero.

The new Tomb Raider is nearly unrecognizable from its roots and could be passed as a new franchise. A young Lara Croft and the rest of the Endurance crew are shipwrecked on a mysterious island with hostile natives.

The biggest change is the absence of Angelina Jolie in exchange for a more toned-down, younger Lara Croft. Many people appluaded this, and the move deserves praise, but let's be real - Lara may be less objectified, but she's still an idealized bombshell. At least we're now par for the course with other mainstream media. 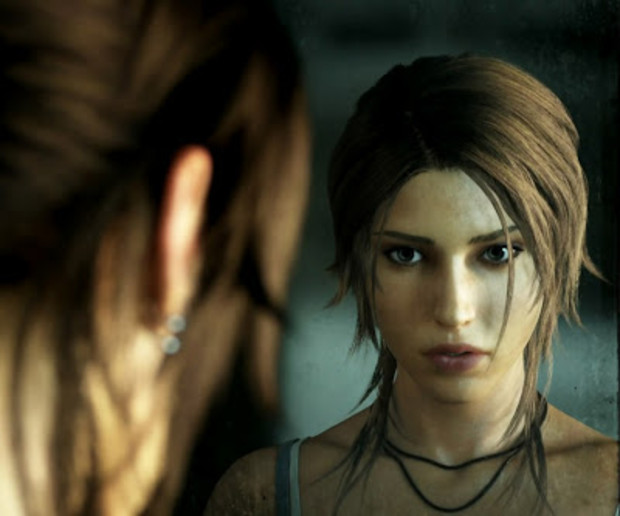 The other big change is an entirely new style of gameplay. With a significant lack of supplies on hand, the beginning of the game is much less focused on dual pistols and more on survival. Experience is doled out for finding rations and fruit while boxes of salvage fuel the weaponry fire. This survival gameplay is really engrossing. As opposed to putting bullets into everyone she encounters, the player must avoid altercations and limp through the shadows after the latest stab wound. It's an approach that not many games take and immediately hooked me.

Unfortunately, as gameplay progresses, the facade drops and the video game equivalent of Michael Bay rears its ugly head. The player quickly realizes that rations and fruit are an illusion and the player will survive with or without them. Lara can only run so long and finally takes up arms against droves of enemies. It was fun while it lasted.

This doesn't mean that the rest of the game isn't fun - just not as unique. Lara can feel a little clumsy getting around, lacking the polish that treasure-hunting vet Nate Drake has, but nonetheless offers a different experience. Lara is usually on her own and this resulted, for me, in a very intimate relationship between protagonist and player in which every time Crystal Dynamics beats the crap out of her, it feels like a limb went through my own throat.

On the same intimate level, set pieces are not necessarily massive, but are fantastically contextual. I love racing out of buildings or climbing tall spires and despite merely shoving the control stick forward and tapping perhaps one other button, thousands of things happen around me. Floors fall out and handholds collapse, but instead of taking the reigns from the player, the game changes the way it reacts to you.

It's a fine art, and not all of it is finely polished in Croft's new outing. When it's not so hot, it's usually in the vein of quick-time events. These are impossible at first because you assume the input might change. Once you realize it's always the same button, it gets easier, but feels cheap and unsatisfying. Gripes aside, when Tomb Raider's contextual moments sparkle, they shine.

Despite all this being new ground for the Tomb Raider franchise, the player has the opportunity to raid tombs in traditional fashion. To widen appeal, these portions of the game are completely optional, giving the player the reigns to play the game he or she desires - bask in the guns and platforming or explore the puzzle and survival aspects underneath.

And all of this would have been enough - really it would have - but to round out the obscene budget spent on this game by Square Enix, making it a financial "failure" despite selling over 3.4 million copies, a multiplayer mode was tacked on. The offering includes four game modes - Team Deathmatch, Cry for Help, Rescue and Free-for-All.

Overall, the game's mechanics don't hold up well with the increased pace of PvP multiplayer. You can also constantly jump up and down to gain practical invulnerability. The two objective-based modes, Cry for Help and Rescue, are brutally awful. The sides feel lopsided, removing any fun that may have been there. Team Deathmatch and Free-for-All aren't the best things I've ever played, but tolerable as something to do with my brother online. Two months past launch, however, the servers are predictably barren.

Succumbing to the multiplayer trend and gaming trends in general effectively sum up all that is wrong with the new Tomb Raider, which isn't a whole lot, but enough to hold the game back from being something truly special.
#CommunityReviews
Login to vote this up!