Microsoft Blew It, How Can They Un-Blow It?

9:16 AM on 06.04.2013 (server time)    0
Microsoft fucked up their Xbox reveal, we get it already. But what would it take from their E3 presentation to win gamers like myself and many others back? Well, it's gonna take a lot for me but it is far from impossible. They just have to change their way of thinking. Think more as the consumer and less as the corporation.

Firstly, and yes I realize this is highly unlikely, make Xbox Live free! You know why I game on my PC for the most part? Well, there's a lot of reasons but a big one is that I don't have to pay a fee to access a function of the game I already pay for. It wouldn't even be all that bad if you weren't bombarded with ads on the dash. I'm not a rich man, I'm going to save money where I can, and one of those places is not paying for XBL. And don't even get me started on having to pay for XBL to access Netflix, a service that I already pay a monthly fee for.

One of the biggest complaints about the Xbox One reveal was that there were barely any video games shown off for this video game console. It's pretty obvious that Microsoft needs to show off a ton of exclusives at their conference next week, and I'm sure they will I just doubt I'll be interested in many of them. I pray that I'm wrong though. There have been a ton of rumors circulating over the last few weeks of what games will be announced: Halo 5, Mirrors Edge 2, Fable IV, etc. But the one that really entices me is Banjo and Kazooie 3 which is rumored to be called, Banjo and Kazooie in Grunty Land. If they really do announce this it will be one more step in the right direction, for me at least, but they will still have some work to do.

For instance, it is rare (pun intended) for a single game to spur a console purchase. Microsoft will have to obtain some more IPs (hopefully new ones) that interest me. I'm not a teenager anymore, I can't survive off of Gears of War and Halo alone. I would love to see Microsoft take some more risks and showcase a new colorful and bizarre looking game. Sony does it, why can't Microsoft.

Another big complaint from the community has been that the Xbox focuses too much on other forms of media. This complaint is more of a minor one for me but a complaint nonetheless. What is the Xbox? You and I might say it's a video game console but Microsoft says it's a media center. And that's fine by me, I just wish they would spend a little less time on those aspects and less money as well, maybe we could see it go somewhere else (LIKE THE GAMES). I know they want me to consume all my media through their box but I'm not going to, most people aren't. 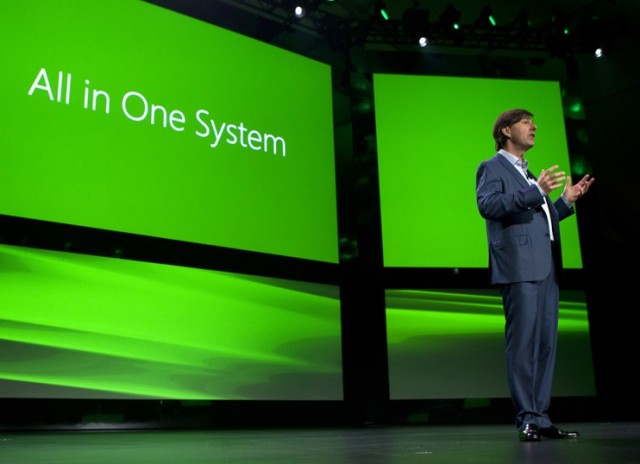 When I want to watch a movie or TV show sure, I might watch it on my Xbox. Looking something up online, that's when I will pull out my phone or tablet. Why? Because that device serves the purpose more swiftly and more accurately. Want to listen to that new Daft Punk album? Well I'm headed to my stereo to either throw on the LP or play it from my computer (which is attached to my stereo). Football sunday? Well, uh, I'm just gonna go grind in Monster Hunter or something.

The DRM debacle is another massive gripe being echoed throughout the community. This one is still a little hard to discuss since Microsoft has been less than clear about what sort of DRM their system will feature but it's safe to say that it will have some sort of DRM. As Jim as stated many times this sort of action taken by Microsoft is consumer abuse. I just don't understand why it's ok to charge me $60 for a game and then put a set of restraints on myself and my newly purchased product. When I buy a book I can loan it out, when I buy a car I can have more than one person enjoy it at a time, why shouldn't I be able to do the same with my video game? I see this as a huge distrust being shown by Microsoft. I don't need to be told how to enjoy my games.

If Microsoft is determined to make this console life cycle all about digital products then they should take a lesson from one of their biggest rivals, Valve. There is a reason everyone loves Steam and Gaben, it's because it's not entirely about the money (don't get me wrong, a lot of it is just not all of it). Valve makes quality games, they take their time and they treat their customers fairly. Hell, they treat them beyond fair. If Microsoft priced their digital products in a fashion akin to Steam I would be very intrigued. It also wouldn't hurt if they had a weekly list of titles on sale, sale meaning 33% off and up.


I know we've all been pretty hard on Microsoft lately but I think they needed it. I think this is what parents often refer to as "tough love". I love you big guy, but I've fallen out of love something fierce and I just want back in. I'm telling you the secrets it's just up to you if you want to take the risks. Xbox, go home and get your shit together. � 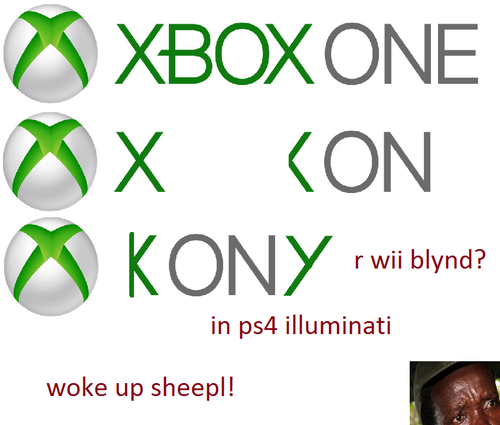 I co-host Pocketoid and I make word words on here. Some of my favorite games include: Pokemon, Metal Gear Solid, Resident Evil 4, Super Smash Bros., Animal Crossing, Shadows of the Colossus, and Legend of Zelda: Majoras Mask.

COME BE MY FRIEND NOW.


Me on that one dead social networking site