11:58 AM on 06.01.2013 (server time)    0
Hey guys, guess who won the Elgato Game Capture?  Haha, just kidding, I have no idea.  But I did find out that there are in fact some serviceable things for capturing videos, so I have gone up and started a captured playthrough of Dark Souls for some reason!

I’m going to ramble for a bit below, so I want to say now that any feedback is super appreciated!

Now, I know that content creation is hella difficult, so when someone leaves a blurb like that with a video, I am pretty OK with it.  However, that is not my style, so I wanted to talk about the process a bit.  In looking through free video capturing software, most of them required some kind of payment or had a time limit or a watermark, something like that which made the service less than desirable.  I ran into one that seemed sketchy for multiple reasons:  First, it was from a website advertising something free.  Nothing is ever free on the internet but viruses and penis enlargement.  Maybe a chair on craigslist, but as mentioned above, viruses.  Gross.  The other red flag is that the program was released by the punk rock techno group Mindless Self Indulgence.  At least, thats what I assume msi stands for, as opposed to the motherboard that my computer uses.  Who remembers computer specs anyway?  Longer story short, MSI Afterburner does video capture for free, and has no noticeable effect on the quality of the stream.


MSI, for those of you not "in the know"

Next, I just had to find a hard drive, and I discovered that I still had a 250 GB USB hard drive that was currently backing up things that weren’t pornagraophy for the most part, so I formatted that and tested it out.  I was worried that the USB part would affect the write speed or something like that and it wouldn’t work, but it actually is pretty well perfect.

Finally, because I am lazy, I wanted to do live commentary.  (Editing commentary back in would be a lot of work, not least of all because I am a perfectionist.  I could take 5 hours editing together five minutes of video with narration.)  I started by trying to have the computer ‘listen’ to the microphone, effectively playing it over the speakers.  However, if Japan has taught us anything with the Shut Up Gun Technology, it is that it is incredibly difficult to maintain a train of thought while listening to yourself.  So that option was out if I wanted to listen in to audio.  It turns out that Afterburner can capture audio from a microphone as well, but just to make life difficult it captures the game audio and the microphone audio on two separate tracks, and YouTube only uploads the main track.  Yet again, I had to wade through viruses to find a solution, and oh boy is it a dumb one.

I found a program (VirtualDubMod) that can extract the .wav file from any audio track.  I extracted my commentary, then put it back in using Windows Movie Maker.  So, for those keeping score, it goes from Dark Souls to Afterburner to Virtual Dub to Windows Movie Maker to Media Player to YouTube.  That process was actually harder than playing Dark Souls!

So with the technical stuff out of the way, recording is weird. I have watched lots of Retsupuraes because they are cringe worthy entertainment, and I kind of get it now.  So many of the tropes that come up in those stem from having to talk to yourself.  It is really tempting to do a nervous little song, do onomatopoeias while attacking, things like that.  The more obnoxious behavior, such as saying “ow” when hit, is still pretty lame though.  Basically, anything that PewDiePie does: 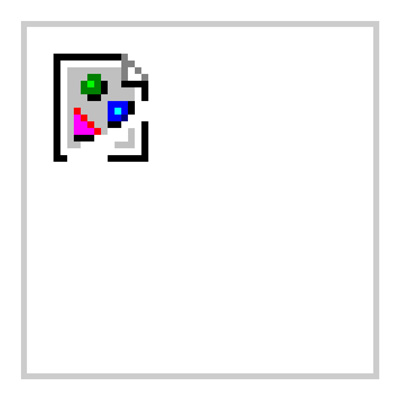 "oh thank god, he didn't link it" - everyone

As for the actual gameplay, I am really surprised by how well it is going.  I am trying to get a Demon’s Great Axe to +15 and use it as the primary weapon.  If possible, I want to use power within and (great) magic weapon with it just to get the most bonkers damage possible.  I have 4 parts recorded so far, and in part 4 I finally met the strength requirement for it, which is pretty cool.  I have left the Taurus Demon, The Gargoyles, and the Spider Queen alive so that I can make (hopefully) embarrassingly short work of them.  I’m probably going to pick up the Greatshield of Artorias and give up on any quick roll for the next of forever with this guy, which is something I haven’t done in a long time.

Anyway though, I am going to try and upload as often as I can, which will probably be every 2 days or so.  I am trying to keep each video about half an hour in length, and I am cutting out any grinding for souls/shards.  That is partially because they are boring, and partially because I just discovered Girl Talk.
#General-Opinion/Editorial
Login to vote this up!