8:59 AM on 06.01.2013 (server time)    0
Kentucky Route Zero, for those of you that don�t know, is an allusive and weirdly magical 5-part episodic adventure game.�Act II, in theme with the game�s tone, has been�secretly released overnight, with no press release or official launch trailer. To my delight, I found it sitting in the Steam version of�Kentucky Route Zero, whilst I was simply installing it and not at all expecting the second act to have arrived.

Let�s get this out of the way - �I have a lot of good things to say about�Act II. I�ll be spoiling minor cool moments from�the Act�to illustrate why I love it, so PLEASE do yourself a favor and spend the hour that it takes to play this magical thing. 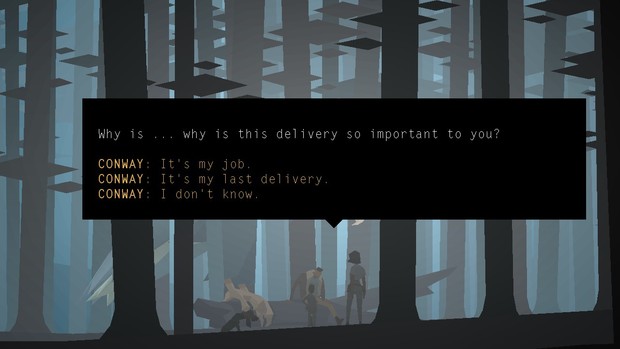 The Second Act�not only matches the wonder of the first, but develops on ideas in new and exciting ways. Simply said,�Kentucky Route Zero�excels in atmosphere and storytelling, inviting you into it's bizarre and beautiful world, and you must�go play it�now.
#CommunityReviews
Login to vote this up!