Forza 5 vs. Xbox One

10:44 AM on 05.24.2013 (server time)    0
The announcement of the Xbox One, or "Xbone" as some people are calling it (it's a better name at least), has put me in the most conflicted position I've ever been in regarding games. I've never had any love for the Xbox itself. It's been Forza that has been the biggest factor in how much I play the system, and if the games were on any other console I would have no objection to playing them there instead. Forza is one of my favourite game series ever and certainly the one I've spent most time with. Several thousand hours in fact. I'm excited for Forza 5 and even though we haven't seen much of it yet, I'm already impressed. It should be a no-brainer to get it, but it's not.

The Xbone looks terrible, and Microsoft are out of their minds. Almost everything that has been revealed about it either leaves me completely cold or actively pushes me away from the idea of getting one. Even if we look at its positive features, there is nothing there that I want. I don't care about sports or TV, and I don't have any digital TV subscription, nor do I ever intend on getting one. Not that I would even be able to use half the features advertised at the announcement�conference, being a UK resident. A lot of the stuff they showed probably won't be available for me. 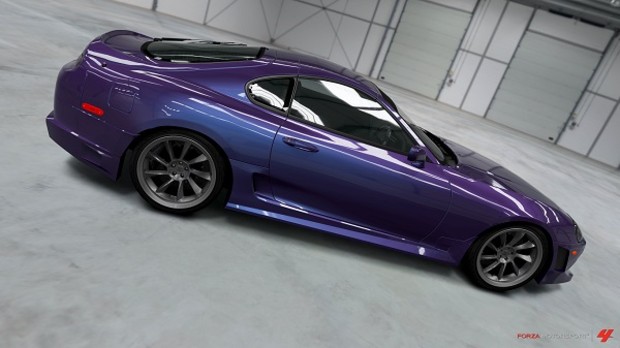 Though my personal favourite is this place


But I love Forza, and I want Forza 5 so much. For me each Forza release is a huge event and something I always look forward to. It's one of the very few games where I get so excited that I end up hating that I have to wait those few last weeks. I just want to play it! No Forza game has yet disappointed me either. Getting each installment right on day one (or earlier if I'm lucky) is almost obligatory to me. But with how awful the Xbone looks, I'm really hesitating. I hate that I am, but it's actually got me considering giving up on what has been one of my favourite things for almost a decade now. That's how bad it is. I know there are supposed to be lots of games coming at E3, but I'm finding it really hard to believe that they will be able to make up for we've seen so far. If I'm even second-guessing Forza 5, how can they possibly show something that will put my mind at ease? How can they make all the other stuff seem "worth it"?

That's my message to Microsoft, and Turn10 to a certain degree too. You're making me hate the fact that I love Forza. You're making me consider giving up that love. I don't want it to be like this. I want to give you my money, but instead you're making it look like you just want to ruin everything I enjoy, either by forcing me to give up on it, or by making it such a horrible experience that I will wish that I did.
#General-Opinion/Editorial
Login to vote this up!