The Xbox One was revealed and everyone was fucking right 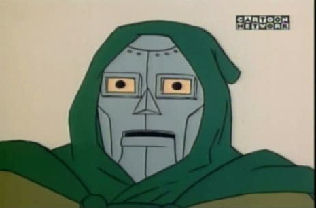 Now I know what your all thinking, Pfffft! all those rumors surrounding my Xbox 720 can�t POSSIBLY come true,� - well, they did, and I for one am convinced that I am in a unholy nightmare in which I cannot escape from without the sound of Peter Molyneux's sweet sexy voice to awaken me. I watched as everyone one's faces (as I imagined them since I cannot see through the internet) went from hopeful to horny to downright pissed off. All the rumors were cuming true, the always online, no backwards compatibility, the always online, SEE, I already listed 3, that's a big number. Sony must've had a sigh of relief knowing that they were banking on the Playstation 4 to come out big if Microsoft fucked up badly! To add insult to injury, Microsoft had to act SEXIST, whatever the hell that means. Also, I thought I already OWNED an Xbox One, Those greedy bastards, trying to make money off of Jesus! The important thing is to remember to panic, for the 8th generation of GARMEING may very well be the last, but when Steven Spielberg came in to announce his new Halo Teli Series, He magically blind sighted me to forgive EVERYTHING that�s happened today. I have renewed hope for the Xbox One somehow. With that all said and done, I can easily say that it definatly beats out the PS4, I'm not counting Wii U because it is underpowered and not a current gen console. Ha Ha Ha that's just silly. Bye!! Bye!! (skips away)
Login to vote this up!