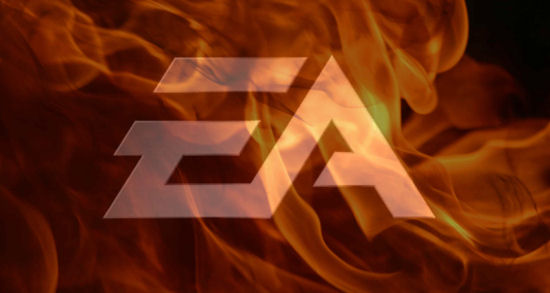 Honestly I always like to give EA the benefit of the doubt these days. Yes, they can do some things that can irk gamers, but I've never considered them the worst company in America.  Yeah, they may not be the best, but considering some of the other trouble that more prominent companies have stirred up they aren’t the worst.

It makes me wonder what their angle on ending the online pass is though. Let's be real, there is no way that the online pass system wasn't making them money. By hitting second hand purchases with a ten dollar fee to access the online portion of their games absolutely helped generate money.  At the end of the day they are a company that is expected to generate a profit.

So what does this mean?

There are a couple of ways to look at this. This first is a genuine attempt to garner favor with customers. We all know that they have had it rough lately. They were named the worst company in America again. Granted, that prestigious award is a bit skewed in how it reaches that conclusion, but it’s the internet.  Not to forget, last year they faced the massive outcry over the Mass Effect ending, a lack luster amount of users and content for Star Wars: The Old Republic and a few months ago they had botched the anticipated Sim City launch despite recently seeing other products fail for the exact same reasons.  At the end of the day brand loyalty goes a long way to improving sales. This could be a good will gesture that intrigues customers to come back and ultimately sweetens their bottom line.

But like I said they are a company that’s ultimate goal is to generate money.  What then if there are more nefarious suggestions as to the reason of the move?

Well, one reason could be DLC.  Some gamers may view online multiplayer as an essential feature, but that doesn’t mean you can’t get people to pay in other ways.  First up they have shown a lot of interest in driving micro-transactions into their games.  As Dead Space 3 has shown recently you can offer impulse purchases of items to help a struggling player for a few dollars.  It is a quick and easy way to garner more than that measly ten dollars that they are passing up without a player thinking too much about it.  Then on the other extreme end of DLC is the season pass.  The season pass does pose more of a risk and reward type scenario to replace the online pass.  However, because they can generally run $20 to $50 in price they are bound to bring in substantially more money if done right.  As Call of Duty and Battlefield have shown there is a huge portion of online gamers that would prefer to pay upfront for their downloadable content and it ultimately provides them money to help finance the development of said content before it is all released.

There is one last super evil possibility to consider though... What if those rumors about Microsoft putting measures into place to limit used sales is true?  EA announces just before the next Xbox unveiling that the online pass system is out.  This in turn garners them some good will from the gaming community.  Then we find out that next generation games will be one time use essentially netting the point of online passes moot.  Microsoft takes a lot of flack and EA can sit back and say that they didn’t want this and that is why they stopped it.  If this is the case I think both companies would be shooting themselves in the foot because used game sales/trades do help generate more money to buy new games.  The math is easy!  Less money equals less game purchases which leads to less money for game developers.

At the end of the day I do think it is nice to see EA trying to shake things up a bit as they start to come under new management.  It will be interesting to see where they end up in a years time with all of the news that they have been drumming up these last few weeks.  In the last two weeks alone they have Star Wars, ditched online passes and threw the Wii U to the curb.  I can only imagine what is next.

With all of that said where do you stand on EA?  Genuine or Evil?