In Defence of BioWare

In the wake of the recent announcement that EA now owns the rights to develop and publish “core” Star Wars games, some predictable yet reasonable discussions have arisen around the internet pertaining to what these game might actually be. Of course, fans came out in droves to declare that DICE would be the “obvious” choice to develop Battlefront 3, and there are even some smaller groups entertaining the idea that Visceral Games might develop a game based on the ludicrous (yet highly entertaining) zombie-horror book Death Troopers.

As an avid Star Wars fan and games enthusiast, these reactions didn’t surprise me, and it was actually nice to see many fans becoming slightly hopeful about new Star Wars fiction, even if that hope was mixed with a pinch of salt and heap of apprehension. What did surprise me though, was the reaction many other enthusiasts like myself had towards the idea that BioWare might return to make a new Knight of the Old Republic game, or a different single player Star Wars RPG. Instead of the overwhelming sense of happiness and flashing neon signs that invade my brain when I hear the words KotOR, many gamers seemed annoyed or simply apathetic at the prospect of BioWare returning to the post-Baldur’s Gate series that successfully brought them to a more mainstream audience.

“After DA2, Mass Effect 3 and TOR, I’m not interested in any of BioWare’s games. They seem to have had their creative talent and ambition suppressed and choked by EA.”

This is a statement I put together to summarize the general consensus regarding this Kotor/BioWare speculation, had most of the comments been expressed in less “Internet-y” ways. This idea that BioWare has lost its touch has come up a lot recently, and it’s a theory that is certainly not without weight or merit. Dragon Age 2 was a bad case of dumbing down for the sake of dumbing down, and Mass Effect 3’s ending… will not be mentioned here since I wouldn’t dare open that house full of cupboards full of cans of worms. But in my youthful naiveté, I’m not without hope for BioWare, and still believe they are a force for good in this ever darkening world of interactive entertainment.

Interestingly, some of the biggest issues that seem to plague the industry these days regarding sexism, elitism and exclusion don’t seem to be much of an issue in BioWare games. For several years now, BioWare has been one of frighteningly few AAA developers whose games include fairly rounded and respectful depictions of men and women, often of different sexual preferences.

Now, before you throw a sharp object or large cat my way, I’m not talking in absolutes here. Yes, Dragon Age 2 was clumsy and heavy handed in its “everyone is bi-sexual” approach to sexuality, and there are issues with some of Mass Effect’s gay romances that I won’t go into here, but the fact that these complaints and discussions have arisen strikes me as a positive move forward. Whereas most developers stick to bland and often offensive depictions of men as “dude-bros”, and women as nothing more than a pair of breasts to be gawked at, BioWare tends to treat its characters as characters, regardless of gender, sexuality or species. Commander Shepard never makes homophobic jokes about his crew members (more like “Gay-rrus”! Amirite?!), an omission many other developers could learn from. For a game series that often injects undercurrents of racism and xenophobia to enhance its narrative, Mass Effect is actually pretty damn tolerant, and provokes healthy discussion regarding narrative and character quirks.

It’s 2013, and BioWare is still one of the only (if not the only) developers outside of Japan to incorporate gay characters within its narratives in a meaningful or distinctive way. Sure they may screw it up in some way (the “Gay planet” springs to mind), but at least they’re trying. It might seem like a flimsy argument to say that, but when nobody else will even attempt to include alternative perspectives or a broader range of characters within their works, the folks at BioWare at least deserve respect and admiration for attempting these things, even if they sometimes fail to meet the standards their audience sets. 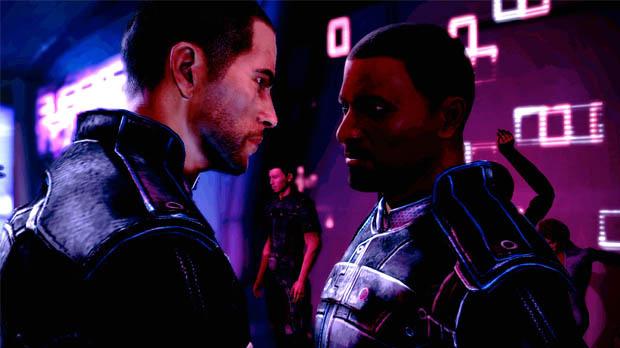 Social issues aside, BioWare’s writers still know how to write a damned entertaining story set within an engaging world; something that I find rare in today’s market. Hell, even though I found The Old Republic boring on the gameplay side, the writing at least proved that BioWare still “gets” Star Wars and why it appeals to people in the first place, something that cannot be said about the messy, lore-bending, asinine nonsense that was The Force Unleashed.

Many will argue that if BioWare returned to KotOR it would not be with a “core” RPG experience, rather they would develop a more streamlined, simplified version of the series to appeal to more people(‘s wallets). This, alas, is something of an unfortunate truth surrounding BioWare’s existence these days, and something that does worry me somewhat. If BioWare oversimplified the Kotor combat experience it would certainly have a negative effect on my personal enjoyment of the series. But streamlining isn’t inherently a bad thing, and can often actually remove certain amounts of clutter from a game when done correctly (a la the streamlining of the Mass Effect inventory system). The removal of said clutter can also direct developer and audience attention towards more important aspects of the game too, and with everything BioWare learned from the Mass Effect series, they could take their famous dialogue system, combine it with an updated version of the original Kotor’s (or Dragon Age Origins’) combat mechanics, and then apply it to the Old Republic setting to create a Kotor experience that feels familiar and faithful, but streamlined enough to be viable in today’s AAA market.

I guess what I’m trying to say is: don’t count BioWare out. They may have made some glaring mistakes over the past 4 years, but they’re still one of the more daring, creative and downright talented developers in the industry. They still have a knack for creating engaging characters, worlds and stories, ones that always provoke interesting discussions and opinions from gamers, even if said characters/worlds/stories aren’t executed as well as they could be.

I’m still confident BioWare can pull something great out of the bag for the Star Wars license, whether it’s Knights of the Old Republic III or a completely new title. Regardless of whether you like or dislike their games, BioWare are an important force within today’s industry, and the games they create are among some of the most talked about titles of the past three console generations. Love ‘em or hate ‘em, they should not be treated with apathy.

Oh fuck that’s Obsidian.
#General-Opinion/Editorial
Login to vote this up!