In Defense of Call of Duty: Or How I Learned To Stop Raging and Accept My Tastes 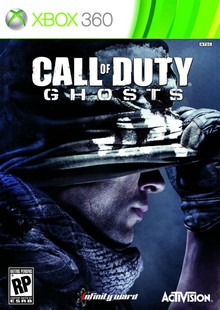 Granted, there�s nothing wrong with liking the kind of gaming experience that Call of Duty provides. Based on its 100 million dollar sales as of November of 2011, it�s clear that the guys at Infinity Ward and Treyarch have a winning formula. They don�t need to win me over or seek my approval of what they�re doing, nor would I want them to. Infinite Ward and Treyarch should be able to make the games that they want to make without worrying about whether or not people like me are satisfied. That�s not to say that they should rest on their laurels and keep making the same game year after year, and in fact based on Black Ops II it seems that they are trying to get out of their comfort zone, at least when it comes to single player campaign.

So to those of you who are looking forward to hearing more about Call of Duty: Ghosts and plan on buying it, I say awesome, and I hope you have a great time with it. To those of you who don�t like it, just let it go. You�aren't�doing yourself any favors by complaining about something that�wasn't�made for you and never will be. The sooner you accept that and let it go, the better off you�ll be. �Call of Duty: Ghosts�isn't�the only game that�s coming out this year, with plenty of other heavy hitters like Grand Theft Auto V and Rayman Legends coming out in September, and that�s not even counting the unannounced games that have yet to be seen at E3 this year. Besides, there are more important things to get mad over.