The New Adv. of Podtoid Episode 2: Delay and HELP US OUT W/ FAKE GAMES! (NSFW)

11:51 PM on 04.20.2013 (server time)    0
To keep it brief, we�ve run into a few hang-ups with development of Podtoid Episode 2. I originally wanted to release it on 4/20, but we�re simply not moving fast enough on it. And there�s some small errors that need refining in order to make this a great video. It�s probably going to be pushed more toward May at this point. Like Jim, I don�t really start kicking projects into high gear until it�s dangerously close to the due date and I feel the walls caving in on me, so maybe I should start announcing all my projects a week in the past.

One may notice I�m using the word �We�. That�s because I have Podtoid fan, Frank Margarella, helping out with the animation this time around, along with a possible third person later this month. I�d like to emphasize that Margarella is a full time worker/student, and considering how much he�s done on it already for free, he shouldn�t shoulder blame for this.

Here�s the segment list for the second episode in the order it will play in, we were considering some external help with the Willem Dafoe pitch, but we might just wait to include it in a future episode or turn it into its own thing so it take off in its own way without taking up episode time for other Podtoid segments. There�s still a good 8 minutes of animation there so the episode length won�t be handicapped too much compared to the first one:

As of now, only 2 are almost done, and the Make a Wish one is the longest. So we basically have to step-up our game. After all, the only time delays that should ever be accepted are for large scale KickStarter projects with thousands of backers. </sarcasm>

But one bit of good news, I decided what kind of community contest will take place for the second episode:

UPDATE: ENTERING THIS IS NOW CLOSED


Like the Spider campaign in the first episode, we�re going to push your artistic skills to the test.
Since a large part of the second episode takes place in Popcap�s Offices. You can have a chance to design Fake Game Covers that appear in the episode. These fictional game covers will either highlight the office walls of Popcap or be game cases resting on desks. Basically, I�m looking for humorous stuff like parodies and absurdities. The best examples are the kind of stuff Max Scoville does on (precious) company time at Revision3:
(Special thanks to Vid Cirman for the suggestion of examples.) 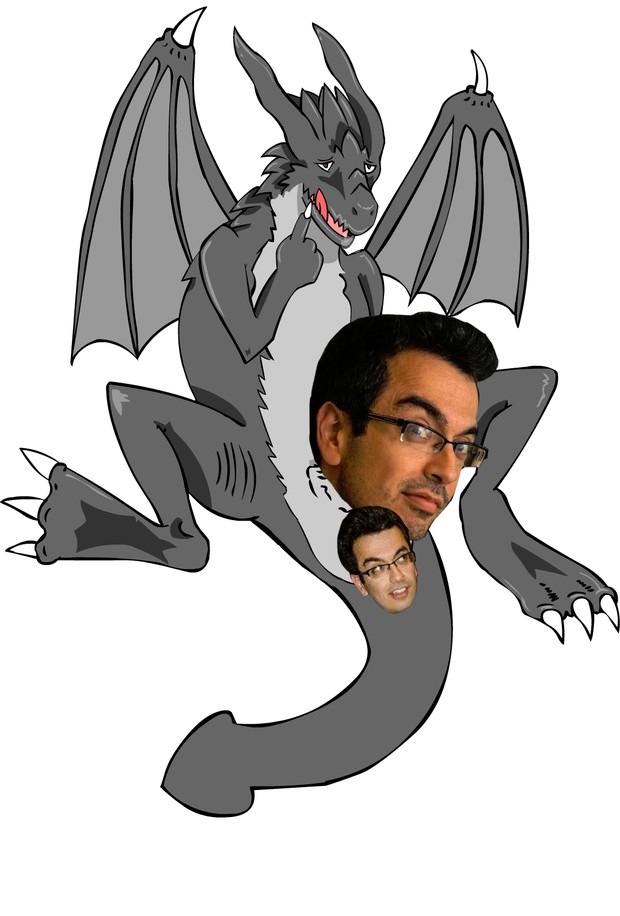 Thanks for your patience (or understandable lack thereof), and good luck making art about video games.
Login to vote this up!