Building a game in 1 week 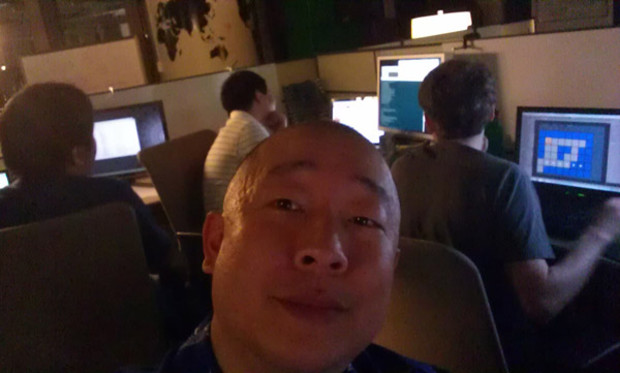 So life out here in Hawaii isn't all pineapples and hula girls. Though there is a lot of that. Like any indie studio, we spend much of waking hours building games.

For the last few months, we been focusing on a turn-based strategy game that I been dreaming up for a while. It's a big game, and I have tons of charts, spreadsheets, and artwork that's been conjured up. It's a game that would take over a year to build. And after working on it for a few months we realized that we weren't moving fast enough. So what did we do? We shifted gears to work on another game.

Wha? What crazy logic is that? Well, it's pretty simple. Sometimes making a big game with long drawn out milestones can drain the team. We end up with concepts that aren't quite working yet, and tools that aren't quite user friendly yet. So to keep everyone motivated, and to test our design theories, we decided to work on another game at the same time. A smaller game that allows us to iterate faster. This other game is more like an arcade game, and we gave ourselves 1 week to build it. And we did.

I won't go into details about the games here, as there's time for that. What I thought was interesting to share was that this development approach works because we embrace user generated content. In other words, our goal as a development studio is to make games that feature user generated content. Making content takes a long time, so our approach forces us to launch a core concept, testing designs and ideas with our users, and then giving them the tools to play around with the game engine, while we build content based on what people find fun.

You may have noticed that more and more indie devs are taking a similar approach. They open up their game at a much earlier stage while in mid development, so that fans can sample a pre-alpha build and provide feedback. But many devs do this for perceived early marketing buzz and to build a user base. We just take it one step further. We try to let you create things too so that we can play test your stuff.

And that's how we could build a game in 1 week. Because the 1 week mark isn't the end of game development, but rather the beginning. From here, we'll continue to add new features, new ideas, and even your new features and ideas. The tools we create and the methodologies we establish for this smaller game can then get carried over to the bigger strategy game, and development on that game will then go faster and smoother.

The arcade game we're working on is coming along swimmingly, so I hope to share it with you all soon!
Login to vote this up!