Bioshock Infinite: No Such Thing as a Perfect Game

7:29 PM on 04.12.2013 (server time)    0
SPOILER WARNING: Just like with any other Bioshock Infinite piece actually worth your time, I cover story details. If you give even half a damn about the game, don't read this until you've completed it. That's my recommendation. I don't actually care what you do. Spoil it for yourself if you want. Your loss. 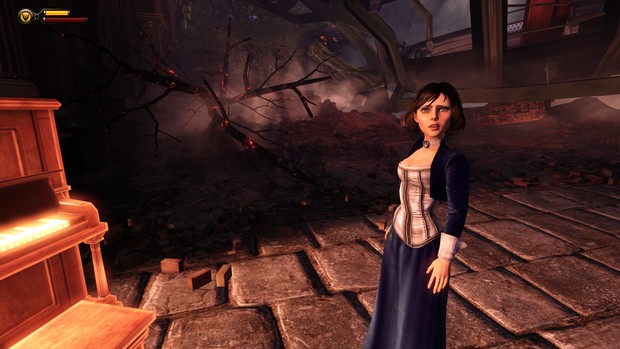 Is that really all? I've seen some people suggest that this is intentional. They say that the message Bioshock Infinite is sending is that it doesn't matter what you choose, the same outcome always occurs (albeit probably in a different universe). I could probably buy that, as disappointing as it is from a gameplay perspective. Other people try and say that the futility of choice is a statement about video games as a medium. This I disagree with. There've been many people trying to describe Bioshock Infinite as some sort of gamer culture commentary. I don't see it all, and if anything I think that just sounds really narcissistic. To say that there aren't any consequences to player choice because it's making fun of previous games without consequences for player choice seems like a massive cop-out, especially given all the games that do respond to player choice (e.g. Mass Effect).

So, that's my ranty list of problems with Bioshock Infinite. At least, the ones I could think of tonight, but I definitely covered the ones that have been sticking in my mind these past few weeks. I truly, truly enjoyed the game. It's a wonderful accomplishment for gaming, a great story that's acted out and presented masterfully with gameplay that is for the most part entertaining and challenging. But to ignore the nagging problems I had with it would be doing it a disservice. I'm sure the kinds of things I am complaining about probabyl sound pretty trivial to some of you, but that's how it tends to be when you're otherwise completely blown away. I will be very surprised if anything surpasses it when it comes to my game of the year for 2013.
Login to vote this up!