BioShock has always been a franchise praised for its story, and perhaps for Infinite this is most true. Indeed the only common criticism I have heard is that there is literally too much going on, and some aspects fall to the wayside as the focus shifts entirely to the (brilliant) character arc of Elizabeth. Other interesting characters miss their chance for the spotlight, Columbia becomes the backdrop rather than the main event that Rapture was, and today I want to talk about the multiple universe malarkey that may have been hard to follow without paying close attention, and at least a passing knowledge of quantum mechanics.

The part of quantum mechanics we need to understand is that every event eventually comes down to probability. At any given point in space and time, there are a list of options, possibilities, each with a certain (but often unobservable) chance of occurring. Applied to the multiverse of BioShock, the idea is that when an event comes to pass, parallel worlds are created for every other possibility, splitting off like branches in a tree. Every point where options exist results in divergent worlds, from the microscopic (particle spin direction) to the macroscopic (Booker accepts/rejects baptism). Now, with half a semesters theoretical physics out of the way -just go with it- here's a quick and dirty guide to what I think happened in regards to Infinite's multiple worlds. I must reiterate that I am about to SPOIL EVERYTHING! 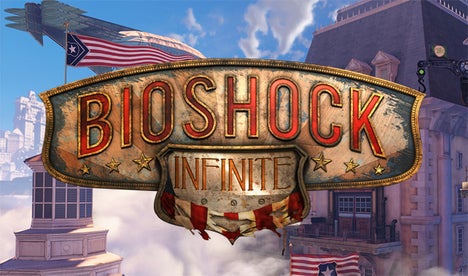 Comstock is Booker DeWitt (I did warn you about spoilers...) in any world where Booker turned to religion to cope with his guilt after the Wounded Knee Massacre. The Bookers that rejected the baptism went on to join the Pinkertons, have daughters named Anna, and rack up massive gambling debts. When Comstock hires Lutece to build his city in the sky, they accidentally discover the tears: Comstock views them as a way to predict the future, while the Lutece twins (actually alternate versions of each other) wish to manipulate tears so they can meet.

The tears show Comstock that only his heir can fulfil his grand visions for a new world, but by that point the Lutece's experiments have rendered him sterile. Comstock resolves to acquire the daughter of a Booker who refused the baptism, with the Lutece's arranging the transfer in exchange for paying off Booker's debts. During the transfer, a tear closes on Anna's hand, leaving her pinky finger in her home universe, which somehow gives her the power to manipulate tears. Comstock renames the child Elizabeth, and siphons her power to keep her under control and to fuel Columbia's impossible existence.

To keep the secret of Anna/Elizabeth's origins, Comstock murders his wife and the Lutece twins. However, due to their unique nature, and a botched assassination attempt, the twins become unstuck from all universes, allowing their apparent omnipresence and omniscience. Perhaps for revenge, or perhaps remorse, the twins resolve to undo Columbia, and enlist Booker for the task. For reasons unknown, Booker forgets Anna's existence and believes he must secure Elizabeth to pay his debt.

Shenanigans ensue and just play the bloody game if you've read this far and somehow haven't already. Booker and Elizabeth visit at least four unique versions of Columbia, and if you think too hard it all becomes a mess of either plotholes or intentional "Just take our word for it" quantum nonsense. Anyway, eventually Elizabeth regains her full powers and becomes aware of her true nature. Determining that they must prevent all of this from happening by erasing Comstock from every world, Elizabeth takes Booker back to his baptism, and drowns him. Through more slightly iffy pseudo-science, this kills every Booker that accepted the baptism, and prevents any Comstock from ever existing. This seemingly leaves all the myriad Bookers and their daughters Anna to live in piece.

The sharp eyed may have spotted the paradox here: if all that never happened, then Elizabeth never drowned Booker and never stopped it from happening so it did happen and so on and so forth. One possibility is that you're right, and some kind of extra-dimensional loop has been set up, with Columbia popping in and out of the multiverse ad infinitum. I, however, would like to believe that the universe has compensated for the paradox, and the DeWitts really do get there happy ending. Go on, prove me wrong.
#ShareonCommunityBlogs
Login to vote this up!

Hi all, my name is David, and I have a lot of passion for the world of gaming. Passion, not necessarily skill. One thing I enjoy as much as immersing myself in these fantastic worlds is discussing them with my fellow connoisseurs. The contents of this blog will be whatever I feel like writing about at the time, perhaps news, or the odd review, or just a topic I want to ramble about.