Dtoid Memories: You're the Inspiration 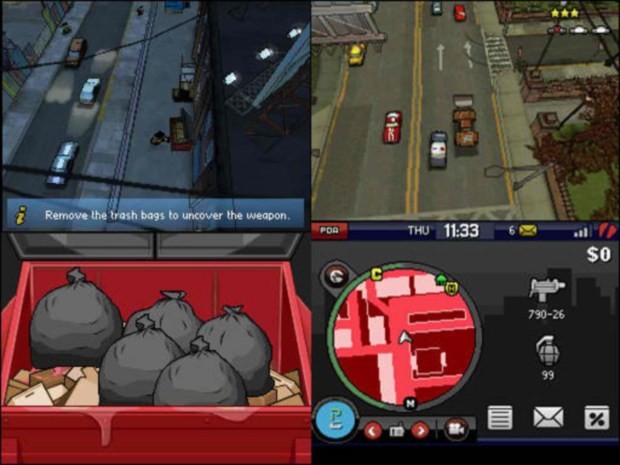 In that long-gone era I also rather shamefully took Metacritic seriously, and the scores of Chinatown Wars early on were hovering at around 95, which I took as a validation of the DS as a platform. Here was a non-Nintendo published game, and rated M at that, scoring higher than Ocarina of Time itself. But then popped up an outlier: that rascally Jim Sterling, ooooh that fat bastard, just had to give the game an abysmal 8.5, marking the first time an outlet had scored lower than 9.0.

The review rankled me. How could someone have such a contrary opinion? I couldn't believe that this man had rated this amazing game so low. While that review never sat well with me, something else stuck: their mantra at the time, "Brutally honest game reviews".

I had been growing increasingly dissatisfied with games coverage for some time, although I had no idea what I was looking for until Destructoid so perfectly verbalized it for me. Despite my disagreement with the verdict, I began to frequent Dtoid, which changed my thinking about video games. The Videogame Show What I've Done, The Jimquisition, Sundays with Sagat, Talking to Women about Videogames, Sup Holmes?, Memory Card, and Chad's amazing E3 prediction posts introduced me to new ways of discussing (or, in the case of Podtoid, not discussing) video games�games as things that were emotional, things that were fun.

Through Destructoid I was introduced to my second mainstay Rock, Paper, Shotgun, who in turn led me to places like Critical Distance, Kill Screen, and the wider pool of video game criticism, exemplified by people like Dtoid alumna Leigh Alexander. I began to understand that that video games writing could tap into the heart as well as the mind.

Niero's story, as seen through his Webmaster Dojo column, was most directly responsible for shaping my actions to this day. His espousal of �living the dream� inspired me to try my hand at writing about video games. I started out with a review of Ghost Trick, a revisiting of the true meaning of Ocarina of Time, and an analysis of modern day difficulty in games (with a little help from Jimothy). I later joined the enthusiast site Nintendojo, writing news on all things Nintendo related, as well as reviewing both retail and digital 3DS games�some from the publisher, some bought on my own dime, like Professor Layton and the Miracle Mask. Look, ma, I�m on Metacritic! GAMES JOURNALISM.

These past few months, I�ve branched out a bit. While I continue to write for Nintendojo (Capcom just sent us a copy of Monster Hunter 3 Ultimate for the Wii U), I decided to pull a bit of a Niero and found a gaming blog of my own: Kambyero, a site I founded with my colleagues and friends that is our own way of addressing the dearth of video games writing in the Philippines.

The Philippines had a surge of games writing in the early- to mid-2000s; the British magazine GamesMaster had a momentary presence here. But they were shuttered after a couple of years, and all that remained were sites that only tangentially featured games, such as tech blogs. At the risk of sounding salvationary like Polygon, we at Kambyero aim to change that.

Filipinos have had a unique upbringing in terms of games. Much like many of our cultural artifacts, our video game sensibilities are a joining of �Eastern� and �Western� culture� my generation cut our gaming teeth on the Family Computer, which was succeeded by the American SNES and the European Megadrive. Gaming here is as social as it is in Japan�the prevalence of internet caf� culture means that we love our LAN parties built upon Counter-Strike and DotA, and many of us play MMOs people in the States have probably never even heard of. Oh, and Monster Hunter? It�s huge here� the release day of Monster Hunter 3 Ultimate attracted the same kinds of lines that similarly accompanied local releases of Diablo III, Call of Duty: Black Ops 2, and Assassin�s Creed III.

Despite the prevalence of gaming culture in the Philippines, it hasn�t really been talked about before, and neither has the place of video games as an art form. In our first two months, Kambyero has written about the implications of always-online DRM to customers in the �Third World�, how the �street� ethics of our youth manifests itself in e-sports, and a defense of �bad endings� in games, endings where the main character dies and/or the world goes to hell.

And we�ve only just begun. Issues await, such as piracy, games pricing, and the booming ghost development industry here (bet you didn�t know that considerable portions of the Uncharted games were made in the Philippines). Even as most games writing in the �West� has gone to complete shit in a sea of Doritos, Mountain Dew, �misandry�, server-side calculations, masturbatory documentaries, and LIES AND DECEIT, people like John Walker, Jim Sterling, and Niero continue to carry that torch we follow.

Happy anniversary, Destructoid. But in all honesty? Chinatown Wars truly does not deserve an 8.5. You should play it sometime, Jam Starling. YEAH YEAH
#OpinionEditorial
Login to vote this up!

After years of reading and commenting on Dtoid, I finally decided to start a videogame blog what I've done with a few friends. We just can't help it-- we just want to talk to people (and women) about videogames!