PAX East 2013: The Days of Cosplay and Roses

To make fun of the Disney Channel?

Nooo, it's time for my PAX Cosplay Roundup thingy! Enjoy! 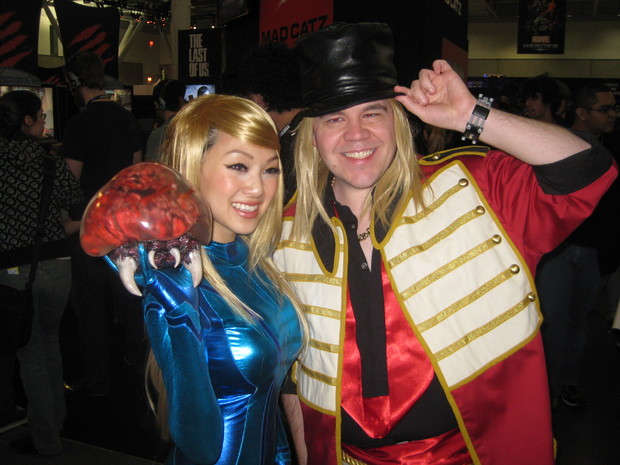 Another awesome PAX. Can't wait to see everyone again in Seattle!
#ShareonCommunityBlogs
Login to vote this up!

I write. Game guides, mostly. Check GameFAQs for my name if you'd like to see what I've worked on.

I grew up a pretty diehard Nintendo fan, then I actually grew up and have discarded such connection to labels. I currently own a Wii, 3DS, PS3, and a respectable quality PC.

People in the industry I respect are Shigeru Miyamoto, the late Gunpei Yokoi, Eiji Aonuma, Koji Kondo, Nobuo Uematsu, Shoji Meguro (and most of the Atlus Persona team), Ron Gilbert, Tim Schaffer, Gabe Newell (and the rest of Valve), Jeff Portnow, Jeff Gerstmann (and the rest of GiantBomb), Yahtzee Croshaw, and probably a bunch of other guys who I can't think of as I write this.

I enjoy a decent hodgepodge of games. Action adventures, JRPGs, games that try something new and different, puzzle games, story-heavy games, and a few FPSes. Although I've found it tough to get into online multiplayer games, I'm not at all against trying to change that.

Outside of games, I enjoy TV, movies, anime, and music. For TV, shows that try something new, particularly in a sci-fi or comedic aspect, appeal to me, which is why my #1 show of all time remains Mystery Science Theater 3000. Movies, same deal, only I also have a taste for *bad* movies (as my love of MST3K will attest). Anime I've cooled off on a bit since college, but I still respect the medium and have favorites even among new stuff. For music, I love video game based music and instrumental, and I currently play flute in a local community band.

As a final note, I'd like to say that I was taken into the fold of this community at PAX'10 by two of my friends from college who are members in good standing. On the first night of PAX, I went drinking with several members of this community, and I'm happy to say I became an inductee because of it.