John Riccitiello and the Corporate Allegory 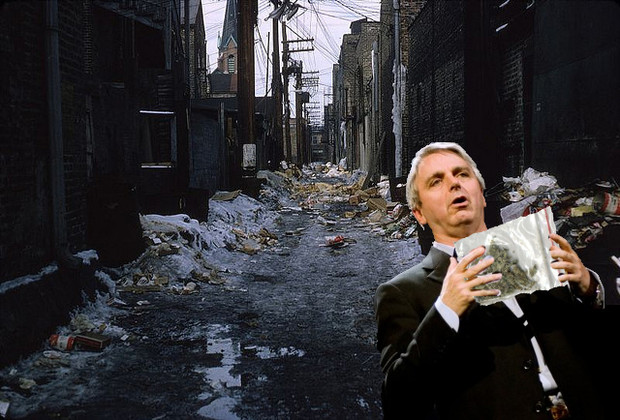 Gabe “New Kid” Newell was relatively new to the dealing business, but he’d made quite a name for himself as a pro-consumer drug dealer; a people’s-pusher. Despite his unassuming and non-threatening nature, as well as his unpopularity in school (Johnny and his friends had begun calling him “Gay Newell”, which was always met with raucous laughter), Gabe was beginning to control the Oldtown weed trade. Offering great weed at affordable prices, Newell was putting the consumer first, and profiting as a result. Some buyers even claimed they had “libraries full of Gabe’s weed that they were never even going to use”; they just bought it “because it was so cheap”.

A silent rage boiled within Johnny C; his friends had to physically hold him back as Gabe crossed the street just 30 short feet away.

“Easy Johnny, we can’t fight him with muscle; it’s too risky. We need to fight him with our superior business minds. With you on our side, there’s no way we can lose.”

Johnny smirked. He’d momentarily begun to doubt his prowess as a businessman and a dealer, but doubt was for losers. Winners dealt with problems by lunging at them head on, giving no pause for rational thought or constructive criticism. Johnny C was a winner.

With these new business plans in place, there was no way he could fail. He had the market in the palm of his hands, and to throw it away now would be a very, very stupid thing to do.
#ShareonCommunityBlogs
Login to vote this up!