More than a survivor: my take on Tomb Raider 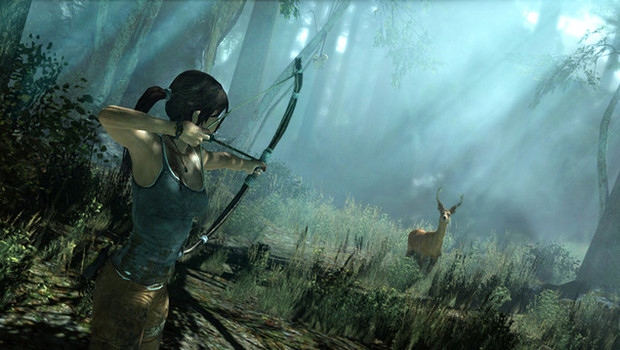 I'd love to say the mostly-excellent gameplay is accompanied by an excellent story, but that's unfortunately not the case. Tomb Raider spins a predictable, cliched, extraordinarily silly yarn over the course of its playtime. For all it's been marketed as a gritty Batman Begins style reinvention Tomb Raider goes into territory just as hokey as the early games in the series. This doesn't mean its badly executed by any means- the dialogue is pretty well written and Lara's adventure crew reveal themselves to be a bit more than the pack of one-dimensional cliches they initially appear to be- but it's impossible to take certain plot revelations seriously. This isn't helped by the fact that the player will figure out exactly what's going on a good six hours before the characters do. The game also follows the recent trend of anti-climactic endings, going out with a whimper after 10-12 hours of increasingly big bangs.

These are flaws to be sure, but they were only minor blemishes on Tomb Raider's gloriously scratched, mud-splattered veneer for me. This is a quality game representing one major step forward for a venerable icon and a refreshing step back for gameplay design.
Login to vote this up!