What's in a name?: Some thoughts on player character design and 'names' 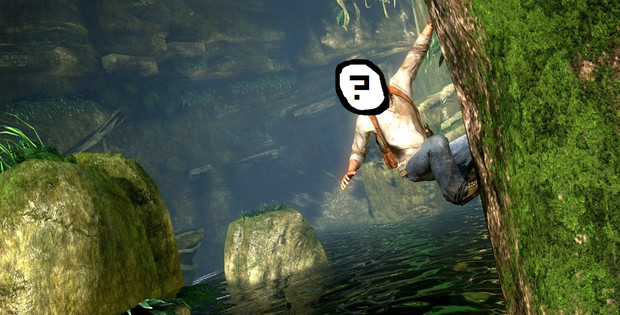 O, be some other name!

What's in a name?

that which we call a rose

By any other name would smell as sweet

I throw a grenade and watch it slowly tumble behind the concrete block. I reload my pistol as the lens flare blinds my vision. Ragdolls erupt seemingly from the ground and block out the sun's rays so I can see again. I blind fire a little until I'm out of ammo. I rush out to hit a man in the face. We fight a little bit but he is no match. The adrenalin's aftertaste skips throughout my polygon veins as I pick up the leftovers of the fight. Guns, ammunition and grenades. I toy with the idea of using the riot shield before I finally hear my name being shouted.


I've been thinking a lot lately about player characters and names. Booker DeWitt (BioShock Infinite), Nathan Hale (Resistance),�Niko Bellic (Grand Theft Auto IV); these are the names that are shouted over the gunfire. Usually it's a "Nate" or a "Niko" or something to that effect. Naming and�cataloging�reveal a lot about the human brain, which named itself, and our need to have 'names' to begin with. It's interesting to scan across the bestsellers list and see 'John Green', 'J.K Rowling' and 'Dan Brown' among others. These are names with 'bite', with some kind of inherent linguistic appeal. You wouldn't want to buy a book from 'Aaron Finger-Smith' at first glance, but maybe 'Oscar Dotes' or 'John Hamilton' or 'Nathan Hardisty' hint hint.

Names in games have often, for me at least, represented the barrier between player and video-game. The basic universal gaming philosophy is that player protagonists should be vessels for the experience, that the entire experience should be�molded�around the player. If the game has emotional content and that emotional stuff doesn't resonate with the player then the designer, in theory, has failed.�The Walking Dead has players being put into the shoes of an African-American history professor in a bid to save a young girl's life. If you aren't on the same emotional page as Lee Everett during the journey then the cut-scenes and arduous story moments are going to have zero effect on you.

I'm not here to talk about how races or religion can�interfere�with the process of player application, in which the player applies themselves to their avatar, but I am here to talk about the broader 'name'. With the likes of�Skyrim and�Fallout you can choose your name but none of the NPCs will refer to it during dialogue choices. It seems more of a way to organize your save game files than holding any game-world use. When a player character does have a name then it adds another layer of barrier between the player and the world, in theory, because if someone calls me "Jack" then I don't have that immediate connection with the world. In short, I have to be taken out of it and remember I'm playing a game rather than being a part of it.

The psychology of immersion has probably been well-essayed by much more competent people than I but I do feel there's some worthwhile bottom-feeder commentary to be said. When the NPCs in�Uncharted start calling me 'Nathan' or 'Nate' then it's incredibly personal for me. I'm literally being called to do this or that and it feels incredibly inclusive as a result. I'm immersed in the experience and it's not jarring at all, even when there's cut-scenes and stuff going on I do feel like I'm being referred to personally. It gets a little bit weird considering I don't actually have a voice in the game, I can't imagine Nathan Drake having a Yorkshire accent to begin with, but my name being used does amplify my connection with the interactive play, especially when it is pure interaction such as a gunfight.

Maybe it's why you'll find I look quite favorably on the�Uncharted series. Yes, the game has you spout one-liners about snapping men's necks without any need to�acknowledge�that you're a goddamn mass murderer.�Uncharted 2's final boss actually asks you (or is it�me) "Just how many people have you killed today?" and in�Uncharted 3 there's a moment where Sully asks just exactly why Drake carries on. These moments, to me at least, seem like a brief indication that the universe is self-conscious and, as a result, I feel like I'm playing within the gels holding the fiction together; being both within and without.�Uncharted's 'cinematic' qualities, for the most part, are used on top of interactive elements rather than have the interactive elements coming secondary to a 'cinematic' purpose. Strong examples of this being the climbing sections and the 'collapsing building' in�Uncharted 2. You're still able to interact even as the camera pans around and does fancy things. All the while you're being called 'Nathan' or 'Nate', with the occasional 'Drake', and the personal connection to the game is something worth talking about.

If a player-character has your name do you feel more connected to the gameworld as a result? It's honestly kind of difficult to try and extend your consciousness on to these avatars given the explicit separation. You're usually sat in front of a screen tapping buttons. Bringing the user to the height of aesthetic experience is incredibly hard to do in any medium but perhaps video-games have some intrinsic qualities which make the transition easier. They're interactive for a start and the usual root design of all of them is some kind of 'journey'. The player is asked to progress through a level with all sorts of objective markers, mission task lists and quest items.

This is why I'm strongly against trying to delve into a player character's 'psychology' unless it extends to the player. In�L.A. Noire there's a moment in which you attempt to question a suspect and, given the systems of interaction, you end up calling a woman a "lying bitch" and shouting at her. You never properly slip into the skin of Cole Phelps given you don't know his motivations or the words he is about to say and so player responsibility is arguably less apparent. The game also�(spoilers) has an entire section in which Cole has a random affair, which the game informs you of after it has been discovered by the other NPCs. This makes it incredibly difficult to think that the game actually cares about your actions when it fundamentally sidelines them in favor of telling a story.�Heavy Rain (also spoilers)�is another example when the player's agency is utterly dis-respected, with the the Shelby 'typewriter' scene where the player can interact and then later is shown to display how he is the Origami killer; a root betrayal of that trust between player and game.�(/spoilers over).

I wonder then if the likes of�Fallout�and�Skyrim nail it. Without a name for the player character you are essentially a blank slate who interacts with a world that refers to you by a simple title like 'The Courier' or 'Dragonborn'. It makes sense to try and build a sense of 'player identity' through their actions rather than pre-determined elements. Video-games �don't have any awareness of the player's existence before they sit down to play the game.�The Walking Dead doesn't ask you for you height, religion, race, sex, gender, genital(s) size(s), photos of your body and your fingerprints. It just plays.�If 'assumptions' about the player hurt player applicability then why is it that I'm fine with being called 'Nathan' in a video-game but not fine with having an assumed relationship with a wife? Is it wrong to say I think�Red Dead Redemption has zero respect for the player's role in the narrative when I myself laud how wonderful the�Uncharted series is, when the series itself relies heavily on pre-determined relationships to push its story.

It might be the explicit nature of the cut-scenes in�Red Dead and the writing styles that push that game into a game that characterizes the player as an author of the story's progress but an observer of the story's process. By that I mean a gunfight achieves one of Marston's objectives, but Marston is the one to talk and actually get the benefits of that gunfight in the story. None of the NPCs tell me about how amazing it is to be friends with me, they just talk about how grateful they are for having a friend like Marston after all they've done together. Dan Houser, Rockstar Games writer, in my opinion has never been a 'natural' video-game storyteller whereas Naughty Dog's Amy Hennig, in my opinion, gets the self-conscious aspects that a video-game inherently carries. The relationships are pre-determined but they're not forced. You're called a name that isn't yours, unless it actually is in my case, but you feel connected to these characters because the game knows it's a game and compensates for the fact that you can't spend five years getting to know someone to then shoot people in the face alongside them. It's the only way to make sure it doesn't delve into the 'Outsider' way of telling game narrative, when a hero like Gordon Freeman or The Courier come into the world and (for the most part) meet new people at the same time as the player does. Neither 'Insider' nor 'Outsider' are the 'right' way to tell video-game stories by the way.

Names mean a lot and I don't think this collection of thoughts can properly express the psychological connection we have with video-games. In a lot of cases gaming is a lot like writing. You are authoring an experience alongside your chosen guidelines. There's sometimes that same 'feeling', writers might agree, when you're fully immersed in the world. I do however think that when a player character shares your name then there's a sense of comfortably shared identity. Player identity, in my opinion, is probably the most crucial part of video-game design; it is the basis of all interactivity.
#ShareonCommunityBlogs
Login to vote this up!