I really told myself I wouldn't do this. If talking about sexism is stepping on coals, then responding to this video is pretty much voluntarily submerging yourself in molten lava.

I was ready to give Ms. Sarkeesian's video series a fair shake. After all the controversy surrounding this, I figured that I at least had to see what all the fuss was about. To preface this entire thing, I applaud her motives and I sincerely wish we had more social studies done about video games and their themes. In fact, I really liked her idea, and obviously all of the horrendous hate thrown her way was incredibly unjustified and sickening for the times we live in.

Nobody should have to be threatened with rape and death because they want to perform a gender study.

So let's get right into the meat of it, shall we?

In a nutshell, for the first video in her series focusing on probably the most classically sexist trope in modern media... She did not make her point all that well. At least, not for it being 2013. Had she made this video back in the 1980s or 90s, then she may have held a much stronger position. But, as it stands, the world is not the same place it was back then, and neither is modern media. All you have to do is go watch any 80s flick to notice that. 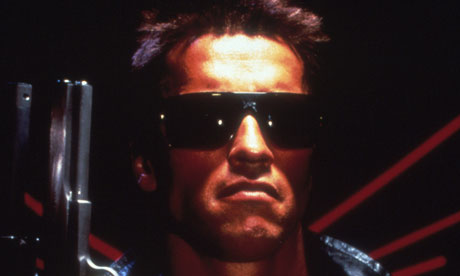 My main issue with the content Anita chose to make her point with is that most if not all of it is almost 30 years old. When Mario and Zelda started out their adventures, the world was a very different place to live in, and the entertainment we got was in a very different place. In 1980, it had only been 20 years since women had been given the right to fair wages. In 1980, we were only 30 years out from the stereotype of the 50s, where women were merely housewives and baby-makers. Keep in mind, this is not all that long. People who were born in the 50s were now in their 30s and 40s, and those people were the ones in charge of making modern entertainment.

This is not to say that ANY of that is somehow justification for the type of roles women played in those days, but that was the reality of the situation: In 1980, sexism was tolerated much, much more than it is in today's world. And as a result of that, tropes like the "Damsel in Distress" were commonly used and accepted.

But wait! She does point out that the trend continues throughout these long-running games, and that the more modern iterations of these franchises contain the same tropes as their predecessors in the 1980s. And to her credit, she has a point. Why didn't Peach start stepping up and trying to save herself while Mario was trying to rescue her? After all, this is 2013.

To this, I do not provide an excuse, but rather an explanation. Throughout these long-running franchises, Nintendo has built up a reputation of "Use the same formula, put a different twist on it, and make something new from that." And so, Mario rescues Peach, Link rescues Zelda, and Kirby is still a magical gravitational singularity contained in an impossibly structurally-sound pink...Thing. Nintendo's games have this certain charm to them, in that you're essentially doing the same thing that you've been doing since 1980, but in a different way with a different look. It provides a structure that Nintendo is known for, and to break that structure would probably piss a lot of people off.

Again... That is absolutely no excuse to continue the trope. But it is a good educated guess as to why it has continued. And as such, I don't think that the Mario and Zelda games are really good examples to base a modern video series around. They're reliant on very old structure that is simply not going to change due to business reasons. If you're going to do a modern series about women in video games, I would challenge Ms. Sarkeesian to use modern games... Which by the way are chocked to the brim with sexist tropes and behavior. You don't have to look much farther than Duke Nukem Forever to find that...

As a final note, I'd like to say that I'd love to see a modern Mario or Zelda where the princesses were not so helpless. To get a Legend of Zelda game where you actually played as Zelda would be pretty badass, and I think that fans of the series would be willing to accept that... If it's done with the same level of care and attention as the other iterations in the series. And a Mario game where Peach was constantly getting out of Bowser's clutches would make for a interesting shake-up in the series. Maybe the reason she's always in another castle is because she keeps breaking out of them!

My point is that while Anita's video series has a great idea behind it, her first offering is just a little lacking in the relevancy department. Had she used examples from more modern video game IPs that were not so well-entrenched, her video would strike a different chord, and have more of an impact. And I really don't think she'd have to look very hard to find a modern example to back up her claims.

(please don't hate me)
Login to vote this up!