My Internal Debate on Playstation 4

3:03 PM on 03.07.2013 (server time)    0
Like the rest of the world I watched the Playstation Meeting and got my first glimpse of Sony’s next console. None of the game announcements really grabbed me (to be fair though I would probably play most of the games announced... I just won’t be beating down the door of the local game store to get any of them day one), but the system itself has a HUGE amount of potential. I could see myself really enjoying the features and games that are ultimately developed for the system. There is just one issue... I have never bought a console that wasn’t Nintendo built! *GASP*

Before I get too far ahead of myself though that statement is a little bullshit. I’ve owned a PS3 for nearly two years and a Vita for nearly a year. The caveat though is that I never actually bought them and I never would have bought them. Both were gifts, although I could say that gifting a Vita could be interpreted as a hateful action (I kid... mostly) and both are appreciated, but I would be lying if I said that at the time it felt completely natural to have them in my home all of a sudden.

I also feel the need to point out is that while I have been solely a Nintendo gamer for most of my life I wouldn’t call myself a fan boy. I may have been a one console guy with a huge amount of love for the plumber in green (screw Mario), but at the end of the day I always found myself an avid promoter and believer of the game industry as a whole. I have had many conversations with friends and co-workers who couldn’t understand my position. The discussions would always turn to asking how can I only own Nintendo consoles and call myself a gamer/lover of the industry/human/etc. But I’ve always done my best to be informed and have an opinion on industry events I can stand behind regardless of party affiliations even if that meant not agreeing with Nintendo.

Then I met the PS3. I had known it was coming for a little more than a month before it arrived and when it finally found itself on my doorstep I was excited, but I felt like I was cheating on myself holding that little Dual Shock in my hand. Not to mention the fact that I had already purchased five games before it had shown up. If you think your backlogs are bad now try catching up on three generations worth of games that you had always wanted to play suddenly thrust upon you. I can also say that I don’t know where I would be now without that sudden backlog to keep me warm through the cold gameless nights that Nintendo had inflicted upon their fans between releases.

I’ve always easily found reasons not to own multiple consoles before. Money was always the easiest one to believe in. It is expensive to own more than one system. You have to purchase overpriced accessories for both and not to mention you could easily have double the amount of platform exclusive games. Then there is the matter of the logistics of hooking it up to my television. When I bought my TV two years ago four HDMI ports was an outrageous amount for me considering I owned exactly zero devices that use HDMI. Now I use all four ports and regularly cycle between all four devices in those inputs. Where will the PS4 plug in?? I can’t unplug anything!! 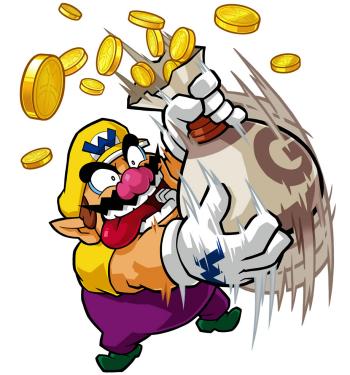 Finally there is silliest, worst, bullshittery excuse that I could think of, who am I if I buy this system? Where will I be if I cross that final threshold?

You know that you have reached the bowels of desperate excuses when that one pops into your mind. It isn't even something that I would sanely believe, but yet it still makes an appearance in my mind.

In all seriousness though, as much as I want to believe in the Dyack one console future it is no where in sight. I can’t walk away from the classics that I have grown up with, but I also can’t forget the new friends that I have made and battles that had been fought.

Maybe the decision won’t be that hard after all.

-Mike
#ShareonCommunityBlogs
Login to vote this up!