Assassin's Creed IV and how I hate yearly sequels.

4:33 PM on 03.06.2013 (server time)    0
Oh boy, Assassin's Creed IV: Black Flag has been leaked and announced to the world. The next riveting installment in the Assassin's Creed franchise, coming out later this year. We're not even six months past Assassin's Creed III's release and already we're gearing up for the fourth one. Not counting spinoffs on the handhelds anyway.

This is awesome for those who've conquered King Washington and tomahawked dudes in the snow a bunch. However, for people like me, this is bad news. You see, I'm not one to play games the day they come out. I can't always afford the $60 price tag, and even $40 can be a bitter pill to swallow. So I end up picking up the game a year or so down the line, usually for $20, and play it months later. 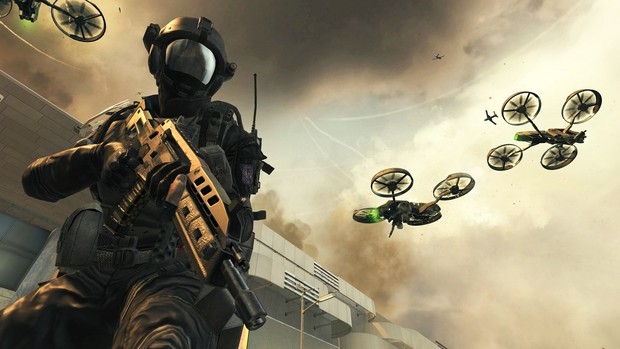 I suffered �franchise fatigue� when I got through Call of Duty. I was sick of it, I didn't really wanna play another one and pay $60 every November for the same kind of experiences I got with last year's model. Granted, the games have been unique enough that only the core elements have stayed the same � aiming down iron sights, shooting dudes in the face with old, new, or futuristic guns � but I just couldn't do it year-in-year-out like everyone else.

Rather than do it again with Assassin's Creed, I'm gonna finish ACII, and stop there. Not gonna open Revelations. Not gonna play III, or IV, or whatever they have in store for 2014. I can't keep up with them, so I'm gonna bail. I don't hold any emotional attachment to the story, so I feel I wouldn't miss much by not playing the other games. Even if I decided to play the ones I missed, by the time I've gotten to ACIII, I'd get so sick of Assassin's Creed that even uttering the name �Assassin's Creed� would give me flashbacks of 'nam. Italy in this case.

See, this is the problem I have with yearly sequels: Not everybody's gonna be with you on day one. There are people that cannot afford the $60 price, there are people with massive backlogs, there are people who might not have a system worthy to play it. So they wait, and the penalty for waiting is having to play catch up. Some people can do it, those who play about 2-3 games a year.

But for those who have massive backlogs like I do, I'd rather catch up on other games like Sleeping Dogs, Dishonored, F3AR, and Batman: Arkham City. I don't even have a job, I'd imagine it's even more of a nightmare for people who are busy with work, school or family.

It's sad that publishers like Ubisoft opt to milk the teats until they're bone dry, instead of spacing the games out every few years. That's what people used to do back in the day, you'd be waiting 2 years or more for the next game, rather than seeing Super Mario Bros. 1, 2 and 3 released back-to-back. It gave you time to play other games, and when it did get announced, you'd be legitimately excited for the newest game in the series, rather than a ho-hum �Oh boy, it's another Call of Duty game.� Now my response to anything Assassin's Creed will now be �Oh boy, it's another Assassin's Creed game, who didn't see that one coming?�

This wouldn't happen if didn't release a new game in the series every year. Had they staggered their releases to once every few years, I wouldn't even be writing this, and I'd be happily playing along and hyped like the rest of you. But instead, I'm punished for not being there with everyone else on day one. Well, I respond to that by not buying the games anymore. It's that simple. Voting with your wallet is a powerful thing, and I'm enforcing it. Not just on Ubisoft, but everybody. Because yearly sequels are terrible, and shouldn't be happening in video games. Imagine if movies had sequels every year. People would get tired of it pretty quick. If we don't tolerate yearly movie sequels, then we shouldn't tolerate yearly game sequels.
#ShareonCommunityBlogs
Login to vote this up!