"Wii-U They or Won't They?" or My Internal Struggle Over the Wii U.

Oh god. Guys, I got something serious to tell you. I really want a Wii U. Like, bad man. Every time I see something on the Wii U, it looks pretty and awesome and I just want to braid her hair and take her out on a date and...

But for some reason, I haven't worked enough street corners for the required 300 greenbacks, and therefore do not actually own a Wii U. And I have to ask myself, "If I think the Wii U is so great, why have I not enthralled myself to sex trade to earn myself enough of the almighty dollar to afford the next generation of Nintendo Entertainment Products? What on god's green earth is stopping me!?"

I can tell you this much: It is most definitely not the sexual debauchery. That might as well be par for the course.

All joking aside, I really do want a Wii U. Well, I think I do.

I think what got me thinking about it again was finally taking a good hard look at Mighty Switch Force: Hyper Drive Edition. The game looks, to be honest, incredible. I know I could get the game on my 3DS, but those sweet HD visuals with all that remixed music and... Well let's just say that if I'm going to play this game, I really want to play THAT version of it.


I mean come on, this OPUS OF THE GODS was composed for a handheld game. How can you not want this pleasuring your ears through the 5.1 surround system you payed far too much for?

And I feel this way about a lot of games that I see on the Wii U. See, Nintendo has always had this unique set of games on their consoles that you just aren't going to find anywhere else. Aside from the obvious long-standing first-party titles, you have all kinds of interesting stuff like Aliens: Infestation, Rhythm Heaven, and Lego City Undercover that simply doesn't exist on other platforms. Nintendo really has a knack for the unique, and the experimental and wide-eyed gamer in me gets all kinds of excited whenever I smell Nintendo's unique aroma.

I get to this point in my thought process, and am almost pumped up enough to go put on my mesh tank top (Or borrow one from our good friend Holmes) and high heels... But then I stop. I stop and look over at my modest Wii collection and unplugged Wii console and hesitate.

As hot and bothered I tend to get over Nintendo's man-musk... I don't actually end up playing the unique experiences that I buy from them. I scan my games collection and see a started but not finished Super Mario Galaxy 2 and NSMB Wii, a barely-touched Twilight Princess and Metroid Prime 3, and a completely un-opened Kirby's Epic Yarn. Any other Wii games I may own are stuffed away somewhere where I can feel less shame for never playing them.

This is my biggest problem with Nintendo stuffs: I'm super excited to play with all these new toys for a while, but then something happens along the way, and I go back to playing the stuff I normally play. I fall right back into those old ruts and end up not touching the Wii for months at a time.

So as much as I want games like Mighty Switch Force HD, Lego City Undercover, Pikmin 3, Epic Mikey: Power of Two, Rayman Legends, ZombiU, and Scribblenauts Unlimited... I have to ask myself if I will ever actually play any of this stuff for longer than a few weeks, tops. I have to really look at what I've done this generation and honestly wonder if my gaming habits are going to change enough to warrant the purchase of a 300 dollar console.

Will that 300 go towards a revolution of my gaming world, or will it just be another expensive dust collector? 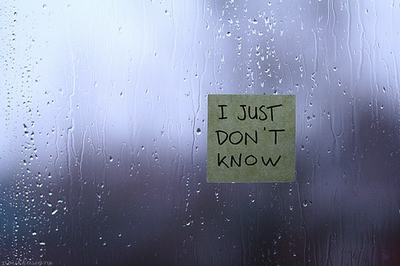 Holmes told me to get one. What do you guys think?
Login to vote this up!