Won't Somebody Please Think Of The Zombies? 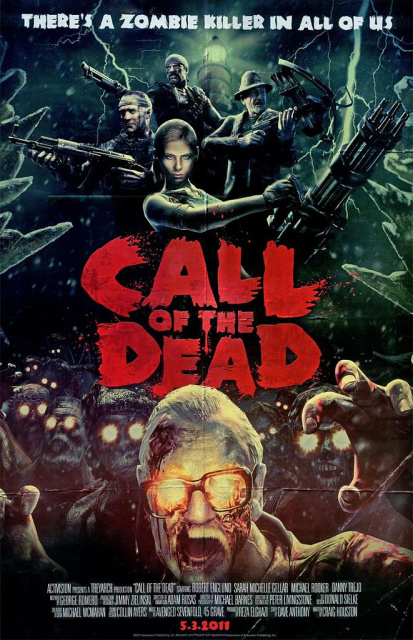 If something isn't done soon I fear for the future of both our decaying brethren in videogames and videogames alike. Gamers want something new and developers are starting to want to take some risks with new ideas, but publishers seem dead set against it because new ideas aren't a sure thing. Originality isn�t dying out, it�s being snuffed out.

Project Awakened is the perfect example of originality snuffing after many liked what Phosphor Games was doing yet still turned them away because, "the company was only investing in sequels or similar games to well-known IPs ... 'tweaks' of ideas already in the market". We are heading down a dull path. It's time things change before we begin seeing games starting to copy each other left and right.

Have we already arrived at that juncture? Have videogames taken such a depressing turn that everybody is stooping to copying Call of Duty's zombie horde? Are people just going to keep doing more of the same and expect great things? Maybe I'm just overreacting here. I mean, we've already seen horde modes of zombies and Nazi zombies, but it's not like people are going to start giving zombie hordes guns or anything.

I love video games, obviously. I also like long walks on the beach, stopping to smell the roses, and watching anything from deep and meaningful to childishly stupid and comical. And despite popular belief I expect dinner and a movie first before we start discussing what safety words I�ll need to use. I also enjoy a bit of manga and anime.

With a loving family, yet little parental supervision, I grew up watching tv shows and movies I most likely shouldn't have giving me a nearly unfiltered since of humor.

I don't facebook. I don't twitter. If there is some other face-twit thing out there and you are curious to know if I may be on that, the answer in no. I know, I know, you�re disappointed. I get that. It's just something that isn't going to change.