Well, it's pretty simple. Just show up for this week's WiiU FNF. I'll be hosting Sonic and Sega All Stars Racing Transformed and hoping to get some people to play. Here's the specifics: 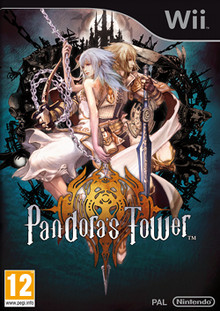 Wait, is that freaking Pandora's Tower you see there? Why, yes it is. The game will be sent on release to the person who chooses it as their prize, so you may need to be patient if you decide you want it(March 26th release date, after all).

Second place gets the second pick, and third gets what is left. Pretty simple, no?

So, how will I determine places? Well, I'll keep track of it through points. 1st place gets 10 points for that race, 2nd gets 8, and third gets 6. You get the idea. All places below third go as low as 4 points, as to prevent anyone falling too far behind as to not be viable(unless you keep getting in those last places). In the event of a tie, the winners will be decided through a battle race.

There are some ground rules to follow for races:

1. No rolling exploit. You know you are and, more importantly, I know what what it is. While it's not a game breaker, per se, I still don't want to see anyone pulling it in a race.

2. No bumping. Due to how latency works in the game, bumping into someone can send them flying out of control, and that's not cool. This only really happens due to poor connection speed, but I still do not want to see people doing it on purpose. Accidents happen, I get it, but do not make repeat mistakes. This is kind of tentative, as it can be redacted if connections are good enough. Might just do a test run.

3. You drop from a race, you drop from the contest. If you had a connection error, tell me so and you will get the default 4 points. But, if it happens again, then I may suspect something. Test your connection and make sure it's not unreliable. Poor sportsmanship sucks.

4. We will be playing the standard racing mode. No frills or anything like that.

I will take part in the races, but I will not count towards placings. So, if I get first, then second place counts as first place.

This offer stands until the third FNF from this post(places and scores will carry over for subsequent FNFs), so you guys have plenty of time. If only one week takes off, and the attendance drops significantly for the next FNF, then the contest will conclude.

Get hype.
Login to vote this up!