Behind the Voice: Karen Strassman Part 1 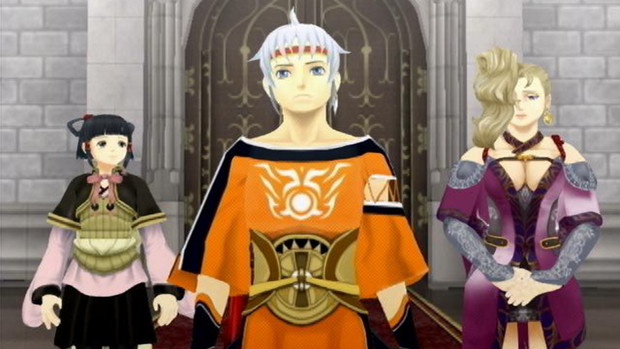 I put Sialeeds on here because she's another one of my personal favorites. The fact that this is a PS2 era JRPG we're talking about here means that the voiceover is sometimes embarrassing, the character animations sometimes make no sense whatsoever and cultural idioms are sure to occasionally throw a wrench in the spokes. That's just the lot of this kind of game.

But it is awfully tolerable for a mid 2000s JRPG. Awfully tolerable, quite good even, I might say. The voice acting is mostly excellent, and the character designs are very attractive. Silaeeds herself demonstrates both said points quite well actually. I mean, just look at that hair. That's great hair! But on to the character.

Karen Strassman really is an expert at over-acting. She has a knack for making it sound funny and endearing. Sialeeds is kind of a cartoonishly exaggerated depiction of royalty, belonging to affluent society and borrowing its' haughty tone, but being a very friendly and warm person despite that. Strassman makes Sialeeds sound like someone who genuinely enjoys sounding like a complete snob, but she also keeps her often joking demeanor from falling flat.

Sialeed's story is also one filled with twists and turns, and she has a truly tragic character arc throughout the course of the game. It's hard enough not to really like this character just for the personality they gave her. But all the ups and downs and plot twists that her character is subjected to only serve to endear her character even more.

Join us next time when we will be taking a look at valkyrie warriors, sexy nurses and a whole lot of Persona!

-Kristopher Osborn
Login to vote this up!