The PS4 announcement: One week later

First off, RIP XMB. I really love the PS3/PSP UI. It was nice that both systems worked in a similar fashion and that really drove home the identity of the systems. What's really scary is that the PS4 interface looks a lot like the new PSN Store. And that's a bad thing.

Gaikai and streaming
Sony made a big deal about their online services via Gaikai. All of this sounds very cool but also begs the question of cost. Sony recently acquired Gaikai for $380 million last July. Thinking logically about Sony as a whole, I would guess this purchase price will be passed on to consumers. After all, Microsoft has taught the industry that you can charge for online play and, despite PS+ being so popular, Sony is really good at making awful choices. I will never pay for online play for one simple reason - performance. The United States is a large country and has lots of subpar internet and not all connections are equal. No matter how good the online service is, the experience is limited by the worst connection. I have little patience for laggy online play when it's free; I'd get high blood pressure from paying for it.

Games and graphics
I will miss backwards compatibility. I know it's a controversial topic but that's the reality. There are a lot of great PS3 games out now that I want access to and there will be more coming. One credit Sony deserves is that their systems usually get a decent amount of support after a new console is launched. BC to older games is less important to me since they look pretty bad on HDTVs but PS3 games were built for that environment.

The biggest issue I had regarding the conference were the games. Honestly, none of them looked that good to me. And not a single one looked as good as this: 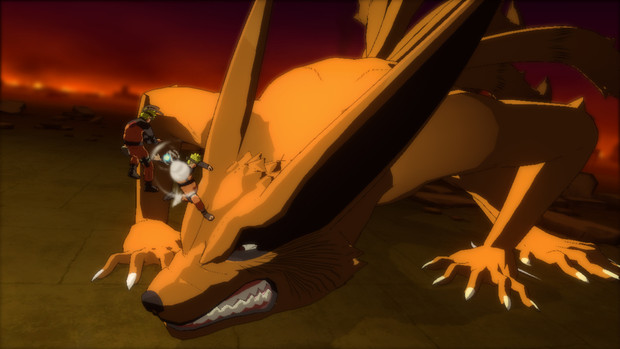 At lunch on Feb. 20, I played the Naruto Ultimate Ninja Storm 3 demo and it was nothing short of amazing. It's fast-paced, looks amazingly beautiful and really makes me question why we even need a new generation at this point. Neither the PS3 or Xbox have hit any sort of limit on the hardware unlike the NES to SNES transition. It seems a shame to abandon a generation before that point. Maybe I'm drunk on the Naruto demo, but the PS4 presentation did not impress me in that regard.

Final thoughts
Going into the PS4 presentation, I was skeptical. There were a lot of rumors that put me off of this next generation. Fortunately, the biggest issue - games being locked to a single console - was debunked. But that begs the question: for how long? Remember when the PS3 could install Linux? Remember when PS3s were backwards compatible with PS2? Sony has a short but disturbing history of removing features. That makes me nervous.

How do I feel about the PS4 after the announcement? Meh sums it up nicely. There's nothing about it that excites me. The games didn't seem very fresh or exciting and several of them will also be available on PS3. The integration of Move is cringe-worthy and I just find myself uninterested. So much so that I looked again at the Wii U and I find it a far more enticing system.

The Wii U is a real step up from the Wii, both graphically and in terms of power and interface. The promise of new Zelda, Mario and Mario Kart games is pretty exciting and The Wonderful 101 has me drooling. Oh, yeah, the Wii U will play my old Wii games as well. Sure, the Wii U is less powerful but, as a designer, I feel some of the best creations happen when you have to work within constraints.
Login to vote this up!