The Future of PlayStation

The conference starts off with a video showing off some of their biggest games in PlayStation brand with a remix of Metric's Monster Hospital in the back ground. Then one of the heads of Sony came up and started to talk about the future of PlayStation and what to expect. As expected, the briefly talked about the Vita, but promised that more will be revealed during E3 this June. During the early days of the PlayStation 3's life cycle developers was complaining how difficult it was to make games for the PlayStation 3 with it's brand new Cell Processor. Taking to heart, the designers of the new PlayStation 4, which were developers themselves, asked other developers what they would like to see in the new system. It was apparent that they wanted the system to be easier to develop for. With this in mind, started to develop the PlayStation 4. I'm not technical wizard, but from the sound of it, the future of PlayStation looks bright. With colors coming at you at all sides. 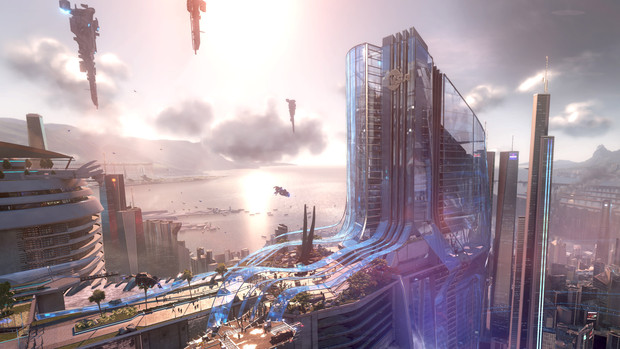 The rest of the presentation was just small stuff that showed some of what the developers are doing. Blizzard is releasing Diablo III to the PlayStation 3 and PlayStation 4, Quantic Dream showed off their new game engine, Bungie's Destiny is going to have exclusive content, Media Molecule is making a game for the Move on the PlayStation 4, and Unreal Engine 4 was shown off.

Overall, the whole thing was solid. They obviously didn't want to show off too much, or risk running out of steam for E3, but what was shown was enough to get me excited. Is this what the final games will look like? I doubt it, but what was shown is a bright and colorful, and too me that is more exciting than brown and black. There was a few missing in action that I would have liked to see. The Phantom Pain, The Last Guardian, and Metal Gear Solid: Ground Zeroes. The PlayStation 4 is releasing this holiday season. It's unknown what the price, what it will look like, but expect all that come this E3 in June. This is the part where I say "The future is here!" but I'm not. Damn.
Login to vote this up!