My Personal Trek into the New Generation 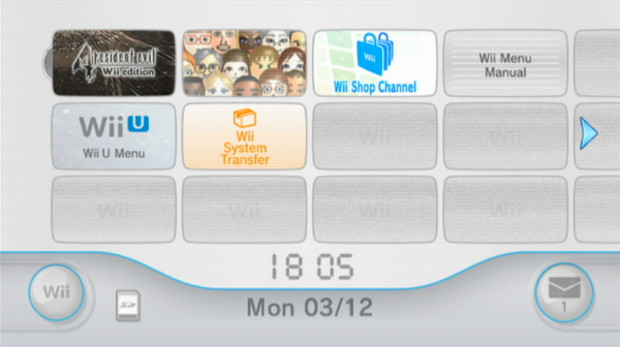 Third, there's backwards compatibility, or, the lack of. It's already been said that the PS4 will be switching to cloud-based services for PS3 gameplay, and I'm assuming the PS1 and PS2 functionality will work the same way. I have no idea what Microsoft is going to do -- All I know is that the 360 ended up having the backwards compatibility updates halted, and there are still games that won't play. Once again, Nintendo is the only one that did backwards compatibility correctly (at least as far as retail discs go), and I will never have to worry about playing my Wii games on the Wii U. The 3DS is also backwards compatible with DS games, and there are a ton to choose from. The PS4 will be a hugely Cloud-based console, which is kind of a turn-off for me; I like having all my stuff available locally, and I like being able to just take my games to a friend's house. Yes, I still physically leave my house and play games with friends.

Fourth, and one of the most important considerations, is what I'll be charged for. I love the 360, and it's the system I've spent the most time on in recent memory. But I will NOT pay to play my games online. EVERY OTHER PLATFORM is free, and the experiences are either equal to (PS3) or better than (PC) the 360's online service. The thing that burns me up here is that Sony gave us free online gameplay for years, and now it's being rumored that they'll start charging, as if to say, "Hey, we figured out that we can get money for this, so pay up." Charging and then going free is one thing, but doing the opposite is the stupidest thing a company like Sony could possibly do, and there's no way I'm buying into that. I'm surprised it hasn't been announced during Sony's conference today, but I've heard from quite a few places that charging will happen, so I'm kind of half expecting Sony to announce it quietly later on, hoping that no one will notice for a while.

Fifth is the requirement of a good online connection. There have been games I haven't even been able to load my saves from at a friend's house, because I didn't have a connection to restore my profile from. Imagine this being the case with full games, not being able to play anything you buy without being online. I won't support that at all. Not only that, but I don't exactly have unlimited bandwidth, so that cool streaming thing that the PS4 is going to have actually doesn't really do me a whole lot of good, since I wouldn't be buying digitally very often. It seems like the PS4 is going to largely be a social networking console, and that's something I don't really care for. I like having everything local, on a USB hard drive or something.

After typing this all out, it's pretty clear to me that this is turning into an almost strictly Nintendo generation for me, and even so, I don't know how much I'm going to enjoy it. The glory days of the Dreamcast/PS2/GameCube/Xbox are over, and we've been sucked into a world of day-one updates, used game hatred, and the transition of video games as products to a service, and I don't like it one bit. Call me an old fogey (and, at this point, I'll probably proudly agree with you), but I really don't like the way this generation went, and I can't see it getting much better in the future. Pessimistic, yes, but this may be a good thing -- Now, all these companies have a chance to change my mind and impress me. And when I'm impressed, I'm willing to buy what they're offering. I like the PS4 so far, but it's not really "wowing" me like I hoped it would. Once we see what the next Xbox is like, I'll have everything I need to figure stuff out; Let's hope it works just as well as the 360 does (with, hopefully, free online gameplay).
#ShareonCommunityBlogs
Login to vote this up!