12:49 PM on 02.17.2013 (server time)    0
I�m not very good with scary things. In fact I avoid most of the horror genre like the plague, and if I ever do feel like trying out something of the sort, (Bioshock, Dead Space) the brightness is maxed, the lights are on, and I�m trying to rationalize every event in my head in a desperate plea to not run out of the room in terror.

But where did this come from? Was I born destined to flinch at even the most obvious of jump-scares? No, I wasn�t. This fear was born of something else. Something more� sinister. Something that is not only my first gaming related memory, but my very first memory of anything at all. It was� SCORPIOUS!!! 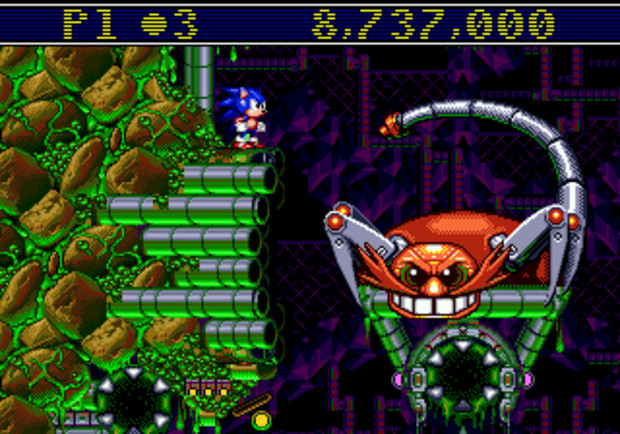 Now look at that thing and tell me it isn�t horrifying! I mean his face man, LOOK AT HIS FACE! It is one of the most disgustingly terrifying things I�ve ever seen, and just looking up a picture is enough to give me chills. And on top of that, the boss music is one of the most tense things ever to come out of a 16-bit console. But on their own, neither of those are truly nightmare fuel. No, it is the monster's death sounds that sent me into my fits of reset-button-hitting-rage. I won�t even bother describing it, as there are no words. Just watch the video. (skip to 1:24)


Now, today, as a well adjusted member of society, this boss isn't much. However, as a four year old, this was horrific! It was all so well put together, that it conveyed the message of fear perfectly, even if that wasn't the intention. It is the first thing I truly remember about my life, and honestly, if that was your first memory, you would probably avoid the horror genre as much as I do.

So, with that, I'm going to go and find a blanket and curl into the fetal position under a coffee table, in a vain attempt to drive that face from my mind. Thanks for reading!
#OpinionEditorial
Login to vote this up!