8:32 AM on 02.17.2013 (server time)    0
So Aliens: Colonial Marines has finally arrived and well what can I say, it seems like Gearbox has screwed up another long anticipated game, even the story behind what went wrong sounds similar to Duke Nukem.

So from what I can figure out Gearbox is claiming that most of the problems with Aliens were a result of Timegate who they passed the production of the campaign on to so that they could focus on Borderlands 2 (you can read more at http://www.destructoid.com/so-who-the-hell-did-make-aliens-colonial-marines--244939.phtml )Now while there are arguments that Borderlands 2 deserved all of Gearbox�s attention but surely the Aliens franchise deserves just a little bit more respect than what it got.

Now there are many issues with colonial marines from its pitiful and disrespectful at times attempt at a story to its AI however let�s start at the basics- the disc art which I honestly couldn�t whether it�s too plain or too clustered. What it consists of is half the disc is filled with xenomorphs with one on the bottom right and the rest is plain white the issue here is the bulk of the xenos just blends together and it just looks like they didn�t care. 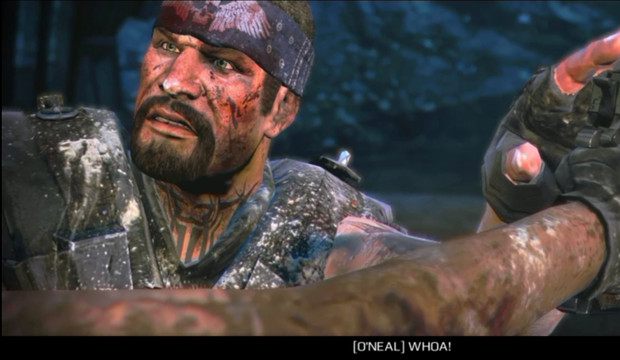 So you might be wondering �are there any redeemable qualities of this game?� well yes while the whole facing human enemies throughout a lot of the game is a disappointment there is one level that did leave a good impression. Basically you are moving through the sewers while these new type of xenomorphs that use sound to hunt prey and throughout this whole section your unarmed which makes for an exciting and intense experience. The environments while there are some lighting and texture issues look great staying faithfully to the atheistic of the movies

In conclusion while Aliens: Colonial Marines has some good aspect such as the multiplayer which is the only time I actually had fun, all of the negatives massively outweighs the positive with stupid AI on both side and uninspired characters the final verdict is a 5/10.
#ShowonMyBlogonly
Login to vote this up!