The Evolution of Dead Space: Why Going from Horror to Action is the Natural Path 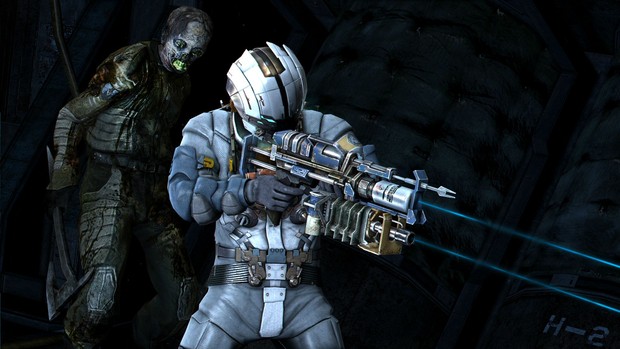 You and Isaac always fought the same enemy, but in different places. This experience that was repeated over and over was what made the games less scary as the series progressed. It's all a matter of familiarity. The enemies didn't change, so you had no reason to relearn everything you had already experienced. And I think that's a good thing; So many series nowadays try to drastically change from game to game that they don't even feel like they belong together. While Dead Space 3 had an atmosphere that may not have felt anything like the first game, you knew it was a part of the same series simply because of the enemies. You knew how they looked, how they moved, how they sounded, and how they died, like clockwork. Three games worth, and it was second nature. Sure, the scare factor may have dissolved after all that time, but that's only because there's so much more to them than wetting yourself while playing. The sense of familiarity and the knowledge that you possessed by the time you got to the third game are key elements of the entire franchise, and the quality of the games never wavered.

EA called Dead Space 3's progression into the action genre a "necessary evil," but I think Visceral did a fantastic job making it work. Dead Space is a phenomenal series not just because of the original scare factor, but because of how close to Isaac you end up feeling in the end. You truly sympathized with who I consider to be one of the most human characters in all of gaming. Through the ups and downs, you and Isaac Clarke were one and the same, growing together step by step. And in the end, horror wasn't the reason to come back to the series time and time again -- You came back to lose yourself in the world that was so familiar to you, yet from which you could never manage to pull yourself away. it was to hone your senses and sharpen your skills. You came back to become one with Isaac, to experience the rest of his -- your -- story. You came back to kick Necromorph ass. And scary or not, it's been one of the best rides in gaming I've ever taken.
#ShareonCommunityBlogs
Login to vote this up!