9:01 AM on 02.16.2013 (server time)    0
So I've been playing Persona 4 Golden, and I just recently put Naoto in my active party. Now, I'm not sure if it's the added resolution and whatever, but I don't really remember her twirling that pistol of hers so much, like, she's doing it every five seconds in battle. Maybe that's just a detail that I kind of forgot over time or something. But she really likes twirling that pistol and doing tricks with it. Actually, it kind of reminds me of someone... 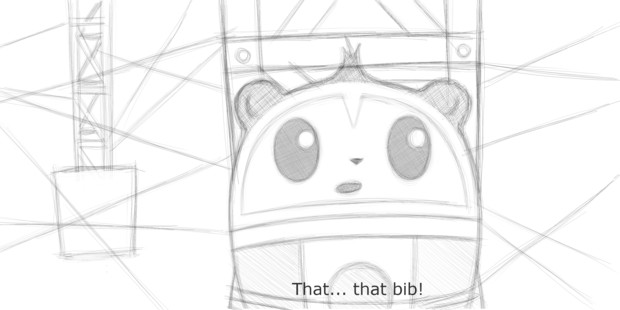 Pretty interesting stuff for them to have just glossed over completely like that, don't you think? Anyway, maybe next time I'll come back with a bunch of drawings of Naoto shocking Brosuke with a stun gun, and then later having Kanji's hand grafted to her arm and eerily shouting 'Get Bent!' in his voice because it's possessing her body but it might actually be a self-hypnosis technique she's using to fool The Patriots or I guess it was probably just nanomachines or something I don't know.

So look forward to that I guess!