Videogames are the Artform of the 21st Century 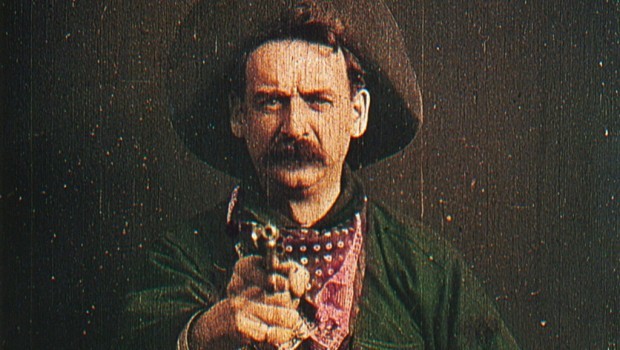 The Great Train Robbery (1903), one of the first multiple-scene, multiple-minute films

Although The Walking Dead is violent and does include killing people, that�s part of the story, and the main gameplay, if it can be called that, are choices that you make through interactive dialogue. The effect of feeling close to Clementine is accomplished through the interactive dialogue gameplay, and not through traditional gameplay. So I wonder if those feelings can be evoked through traditional gameplay (not interactive dialogue) - gameplay mechanics which at its core expresses itself onto players in new and different ways. It boggles my mind to try to just think about how really new gameplay mechanics would work because it is, to me, like thinking of a new alphabet - it�s impossible, as it would just be made up of previous sounds that we know of and not a new sound.

One might argue that new ideas just evolve from previous ideas, but every now and then we get truly new ideas - such as making a game from the First-person point of view, or, as previously mentioned, editing a movie rather than just showing it in the order that it was filmed. I feel like Journey is the closest something has come to emotionally moving people through its gameplay - something that is exclusive to videogames - and not its cutscenes or dialogue.

The thought of being 16 years old and living for the majority of the 21st century excites me to no end, after it has been repeatedly declared that videogames are the artform of the 21st century. I can only wait to see how they will further reach their potential and evolve as the decades go by.
#ShareonCommunityBlogs
Login to vote this up!