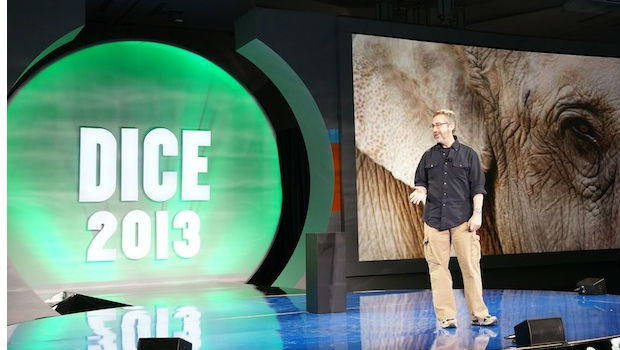 Recently, Warren Spector gave a talk at DICE 2013 that was largely about his personal tastes in games and how it has changed as he has gotten older and how he has less time to do the kind of things he did when he was in his 20s. The controversial part of the talk was his suggestion that games like �this� (pointing to a slide which had Lollipop Chainsaw) shouldn't be made.

If he were to just say that games like this don�t interest him then it would be a perfectly valid statement, because we all have tastes. However by saying that games like this shouldn�t be made he�s saying that Suda51 shouldn�t be creative in his own way and �leave his mark on the world�. Lollipop Chainsaw is certainly more creative than the abundance of military shooters we see today and it�s highly-stylized presentation helps the industry in the future, as it inspires people to make new sorts of games rather than making another clone of a successful game in order to do well commercially (or even critically) instead of seeking to be creative. Lollipop Chainsaw is a shameless game that doesn't worry about being taken seriously and illustrates the diversity of games we have today. Telling someone that a game like Lollipop Chainsaw shouldn't exist is narrowing the kind of games we have today - film is a widely respected art form, largely due to its large assortment of genres and cinematic styles, so surely telling someone that a certain type of game shouldn't exist is limiting the choices we have in gaming and harming the industry.

At the end of the keynote, he says that he is no longer ashamed to say that he makes art, and that it is culturally important to leave a legacy of yourself behind - Deus Ex, and definitely not Epic Mickey, in this case - which is just a pure contradiction to his statement that violent games shouldn't be made, and that only thought-provoking and mature games, such as his examples of Heavy Rain and The Walking Dead.
Login to vote this up!