Allistair Pinsof is wrong: Violence is far from essential 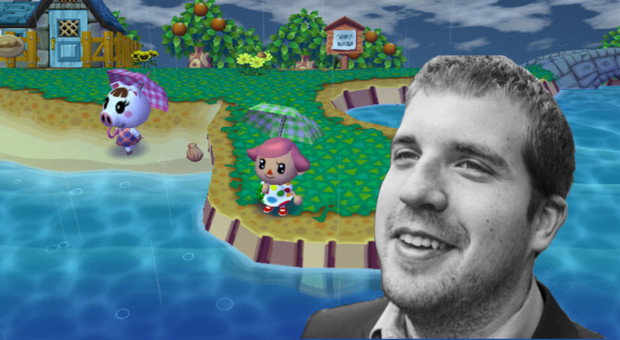 Like Allistair, I also live on (or near, or whatever) a golf course. It is very pretty, and I enjoy waltzing around in it. Now, I don't often suffer from derealization or depersonalization thank god, otherwise I might be worried about being immersed in the real world. But as it stands, what makes real life more real than Proteus or Journey is that it's...well, real.

Undoubtedly if I got into a gunfight on this golf course, which would be a fantastic departure from the norm, shit would get real. 'Shit' referring to the world around me. I've never got into a gunfight though, but yet, I know that feeling, of shit getting real. How is that?

Because shit can get real without the assistance of violence. Speeding in a car going over 100, hoping I don't die in each upcoming second. My boyfriend leaving me in the dead of night during a heated, depressive argument. Just finally seeing my best friend after half-a-year of absence. My emotional investment can be greatly raised without the reliance on violence. And so it is with videogames.

I'm not particularly impressed with David Cage's or Warren Spector's keynotes, nor am I impressed with their particular products, however, I agree with one thing they both seem to be resonating. Violence is not the one and only conduit for games. 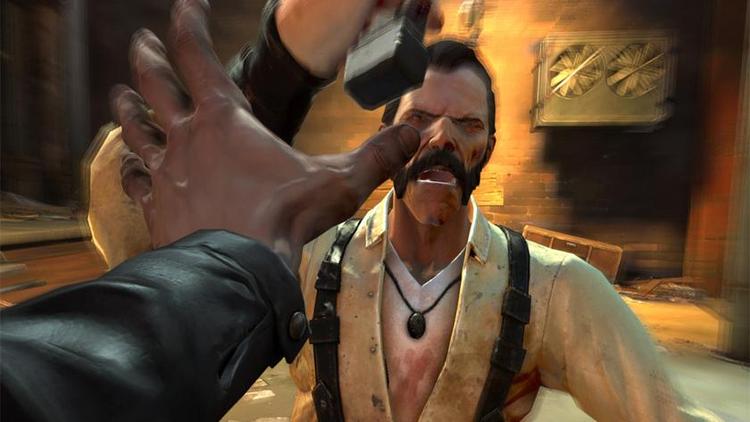 I can honestly say Journey would be less engaging if it had guns in it, plain and outright. Journey utilized other aspects, and it didn't need to immerse me further. Exploring engaged me, finding other anonymous players engaged me, unfolding the minimal story engaged me.

I find it very interesting Dishonored was brought up a couple of times in Allistair's argument. Not because of it's narrative choices, but mainly because I have played through the game about one and a half times, plugged eleven hours into it, and have yet to kill a single person. Violence is a button away the whole time, but I'm not invested in that. I'm invested in playing though this game in my own way, a mechanic that Dishonored capitalized oh so well on, and a mechanic that drew me oh so much into this game.

Many of the games I've played and loved don't rely on violence to immerse and entertain me. Amnesia revolves around running and hiding from monsters and solving puzzles. Don't Starve is about resource collecting and surviving. Deadly Premonition is one of my favorite games ever, and my least favorite part that I also find most disengaging is its shooting sequences. 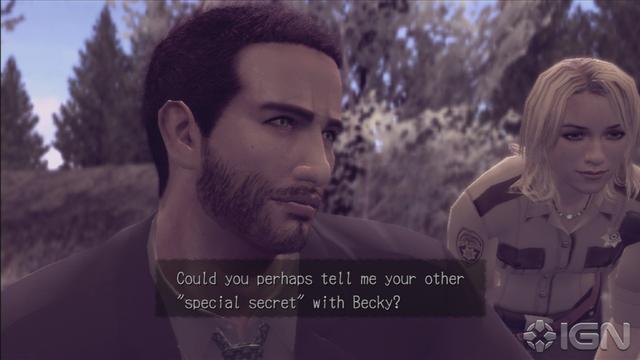 How can we define 'immersion'? Is The Sims not immersive whatsoever because you don't play as one character, don't experience any set story, and don't kill anyone? I'd disagree, I can get super-fucking engaged in that game. And no, I've never set up torture house to starve my Sims. Sounds neat though.

Considering our medium offers far more interaction than all other mediums combined, I'm positive our potential for immersion is endless with our current technology. Unless I'm constantly fumbling over the game's controls, or the game's controls have no real set groundwork to be fluid with (Heavy Rain), I never think about the controller more than the game. Whenever I have to press a button to do something in a game I don't think about the button I'm pressing, and if I am, then it's coming second to what's going on in the game. Whenever I have to flip a page in a book, I don't lose all my investment in the story.

Speaking of literature, that medium also started out with an abundance of content that refused to branch out to original ground. Starting with epics like Beowulf and the Odyssey, literature eventually found it's way to fantastic innovative stories, furthering the medium. This took roughly 1500 years. New technology was introduced that helped this movement; it was the printing press. It did not bring revolutions to the way literature was crafted, but rather made it easier to distribute and create. For one, I think videogames are an exceptionally young medium, and for two, I don't think videogames are waiting for its printing press.

Also, I'm staying the hell away from VR, that seems arguably less immersive than games in their current state. A subtle thumb or hand movement to perform an action can pass less consciously than the action in the game, but whole body movements rarely do the trick, evidenced by today's motion controls. What's more engaging, Half-Life or (for the lack of a more legitimate game) Dance Central?

And I know it wasn't mentioned in explicitly Allistair's argument, I feel I should still mention 3D vision, as it's a large feature of the Oculus Rift. Many people also consider this another great step in immersion, both in film and games. I'm not sure what to think of it, considering I'm stereo-blind and can't see 3D in any medium, yet still find myself immersed and engaged well enough.

I don't believe new technology is required to continuously transcend videogames into greater expressions. I don't think we're even close to finding what's possible with our medium as it is. I think the last thing we should do is jump the gun and find how new, expensive technology can further our creativity (because, in all likelihood, it can't).

Now that I've written an entire counter argument against Allistair, I'd just like to mention that I don't mean anything against him personally. He's got a cute picture and has a Tim and Eric reference in his 'About', so he seems pretty tight.
#ShareonCommunityBlogs
Login to vote this up! 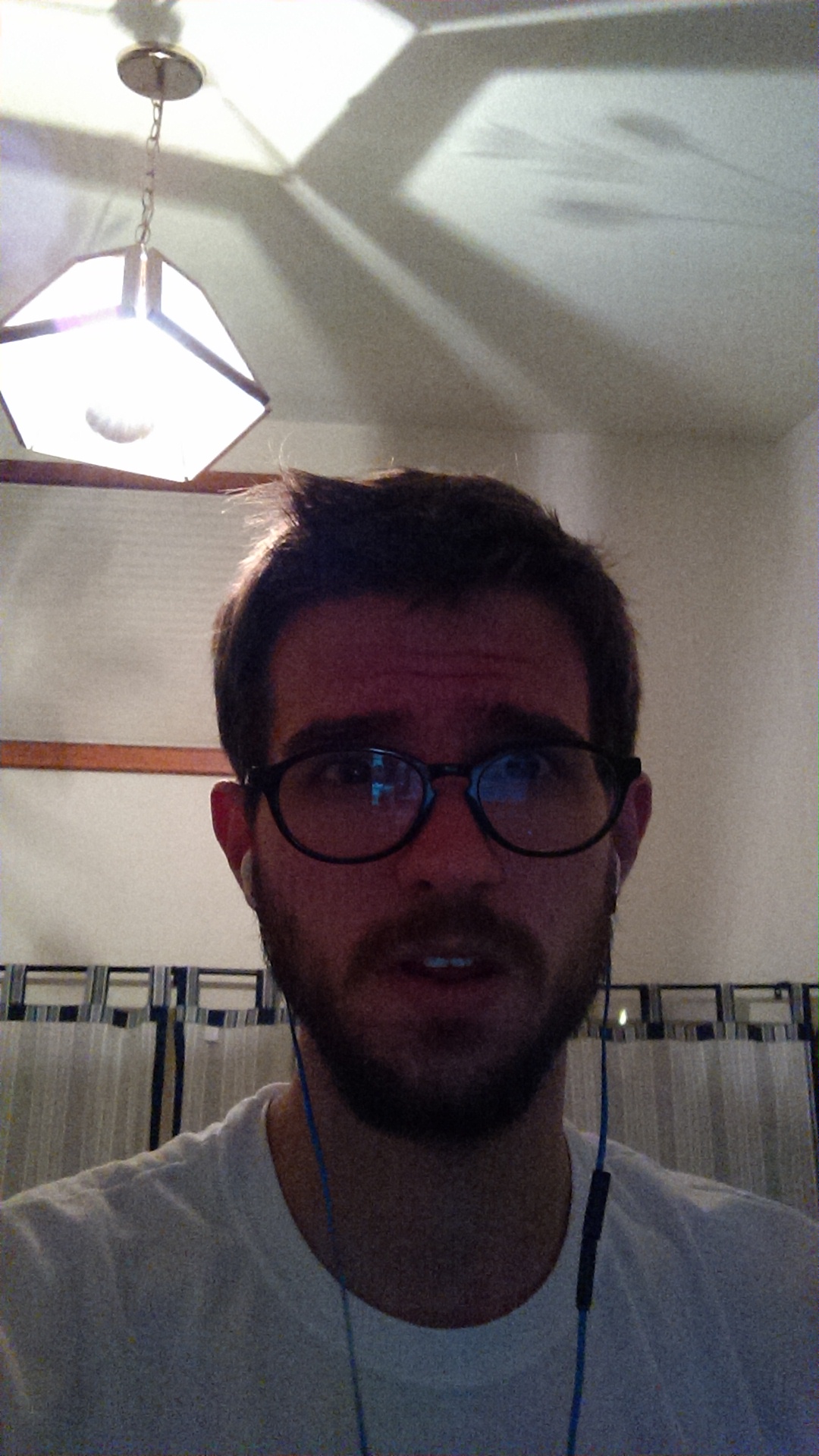