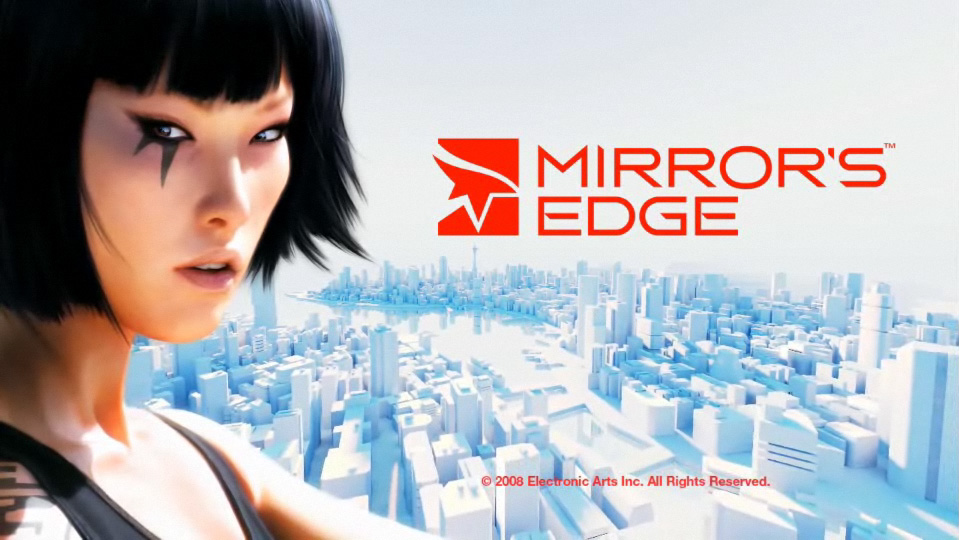 Going through my backlog at the start of the year before some of the Major releases come out has been quite the exciting expedition in entertainment. A true trudge through past pieces of particular software has led me to one title that piqued my interest intensively enough to stand out among most of the monotonous mediocre mishaps that I call stupid mistakes. Or what the average adult calls them, 'Games'. While the mundane menace of yet another moba, or the fast furious in-your-face action of an fps might satisfy some... the sultry, seductive simple solution to my satisfaction was supplied by software known as Mirror's Edge.

Mirror's Edge; made by Dice, better known to beguile boys with the business of the BattleField games, have creatively crafted a convincingly unique and utterly astounding usage of the medium, by throwing the pleasure of parkour platforming, into first person. Intertwined with the stylish visuals vivaciously popping with basic bold colors, the player is placed in a gorgeous metropolis. Simply put; The graphics of the game garner great expectations as you gallop gaily in the first few moments of the game.

Awesome application of alliteration aside, Mirrors Edge shines in the simplicity of it's gameplay, and how it rewards and punishes the player through it's own mechanics. Preforming a long chain of successful parkour moves keeps the player moving quickly through the level. It feels great, you move fast, and it gives the player a really fantastic sense of skill. Ultimately you are rewarded in the end with a short time through the level, which is the crux of the game, getting from point A to point B really fast.

And the perfect dichotomy to this is that the game punishes you with gameplay mechanics if you fail at the parkour. Say you are trying to jump over a fence and on top of a roof, you jump short and and at the base of the fence. The flow of your platforming is immediately thrown off. You have to reset your self, regain all your speed, and try again. It sucks, but it's awesome. It makes you feel slow and the overall time for the level increases, but it's awesome because it's directly because of the gameplay that you are punished, and you are punished in a contextual sense with gameplay. In this way it's brilliant. I love it. 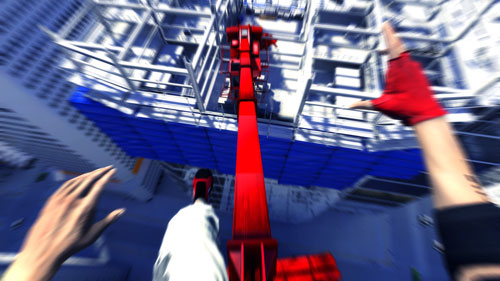 The story isn't the strongest point of the game. It starts interesting with some hard look at privacy and the transfer of information, but it deviates from that pretty quick, and never really elevates beyond a passing interest. The gunplay in the game is there, it works, it feels a little out of place but you're never really forced to pick up a gun until one point in the game. Other then that, the music is fantastic, the character design is great, the voice acting is well done too.

Like I mentioned, i've been going through a lot of games in my backlog, and so far, out of everything, Mirror's Edge has really stood out as one of the best. Or if not the best, at least the most unique and interesting.
#ShareonCommunityBlogs
Login to vote this up!