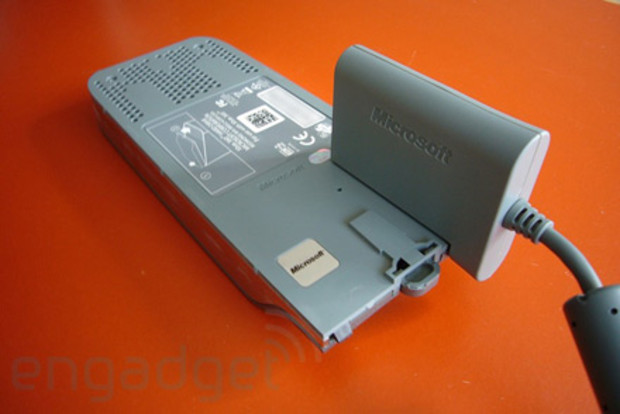 Remember this giant piece of crap?

If you're a PS3 owner, you're no stranger to game installations. As much as I love Blu-ray discs (seriously, you can try to destroy them all you want, but good luck), their read speeds are incredibly slow compared to DVDs, so most PS3 games require an installation, just so you won't be seeing more loading screens than gameplay. That's fair, but 360 games running straight from the DVDs themselves still have shorter loading times. On top of that, EVERY SINGLE 360 game can optionally be installed in its entirety to either the internal hard drive or an external USB drive, meaning entire installations can actually be taken with you to other consoles. This also makes the DVD stay completely still while playing a game, increasing the longevity of your disc drive, since the system now requires nothing more than an initial disc check. DVDs may be much more delicate than Blu-ray discs, but they certainly are a lot faster, since there's a lot less for a machine to read.

So, there you go. It seems like both systems both have very valid positives and negatives to consider, but whichever one you want to play, you know you're getting a quality machine (unless you have an original model 360, which may betray you). Now, what was the point of this whole post? Well, two things.

First, comparing consoles at launch and comparing them after they've been available to the public for a few years will yield very different results. The two systems have gone through a ton of different changes over the years, and I think it's a good idea to really look into everything they offer now that they're so well established.

Second, it seems like the PS4 is going to take a page from Microsoft's playbook as far as OS functionality goes. Reportedly, you'll be able to log into more than one profile per console, and possibly even move your profiles around, like the 360 has allowed all of us to do from day one. This makes me really happy, because if this is indeed the case, I might actually consider ditching the 360, unless Microsoft hurries up and makes Xbox LIVE Gold free for us all, or at least the online play part of it. If Sony finally realizes what makes the 360 so great, and they incorporate those features into the PS4, the choice between the two companies' new machines will be a very easy one to make.

Unless, of course, neither system lets us play used games, or starts to shove the DRM that has plagued PC games for years down our throats. We'll cross that bridge when the time comes.
Login to vote this up!