5:02 AM on 01.25.2013 (server time)    0
I sat down last night with a good scotch and some hands-on time with the Revengeance demo to see what I thought. I'll not only talk about what I thought about the game itself, but also about what I thought of the demo. Often I find myself really put off by how bad these scraps of gameplay you're getting thrown at you really are. These are my impressions. 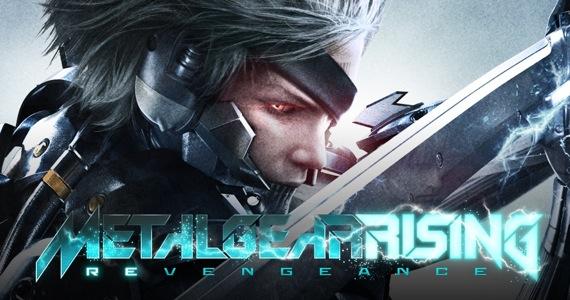 Firstly I had a look at the options menu. Not much there, you get a few different control schemes to choose from and that's about it. You get to choose between the easies, normals and hardses, although hard seems to be locked out at first, presumably until you've run through the demo once.

It begins by throwing you into a tutorial VR (you can opt not to do it) that shows you the basics of how the sword works. Holding down L1 enters "Blade Mode" where the left stick controls the camera and the right stick makes the chopping happen. It's an extremely straight forward tutorial which gives the feeling of "easy to learn, hard to master". It's also never particularly fun to be chained in a long, mind-numbing tutorial so a plus there.

After the brief tutorial follows a, for a demo, lengthy cutscene (but this is a Metal Gear game after all). It also features probably the best "doctor" ever! You are inserted into the mission area in true Metal Gear style via airplane-pod-thingy while the basics of the surrounding plot and the mission goals are explained to you. Voice acting is for the most part quite good with the one exception being Raiden himself. However, I think this is more due to the writing at this part.

As you make your way off the beach you're soon engaged in combat by cloaked humanoid hostiles, armed with swords. Some glorious bloodshed ensue during which you try to chop them up in the right place to enabling their "fluids" to be extracted. This mechanic serves to keep Raiden's body functioning and is not the same as a health bar. After this the game opens up into a bigger area where soldiers are posted in various positions, allowing for a stealthy option. You could just opt to go in katana blazing of course but this tends to get you shot at more. Holding down R1 engages your free run mode á la Assassin's Creed which let's you traverse your surroundings like you were water.

There are also Gekkos that put up more of a fight but can also be stealthily dispatched at the press of a button, given that you are undetected. These will kick at you and try to ensnare you and take a lot more punishment than your average human foe. The parry mechanic comes in handy here. Aiming with the left stick and pressing square at the right time executes a parry, which if executed with precise timing allows for instantaneous counter attacking.

After a relatively short romp with the Gekkos and enemy PMC soldiers you're ambushed by a miniature, AI controlled version of Crying Wolf with a chainsaw attatched to the tip of its tail, that also throws searing hot knives at you. After trying the peaceful method, very unlike Raiden, of reasoning the monster to death a mini-boss battle is played out after which the demo comes to an end.

In short, the demo was pretty good in presentation. A not too long tutorial, some narration to provide enough background and motivation to work with and a few different kinds of enemies and situations to try out all the toys. The only thing I can think of is that it's unfortunately pretty short, however, nothing stops you from playing it again a few times. I guarantee you will not have a perfect run the first time!

So what do I think of the actual game? To start out simple the visuals are very satisfying but hey, it's 2013. A minor gripe I had was the brightness though. I can't say how the rest of the game is of course, but the demo level is mostly outdoors, brightly lit and contrasts are very hard to make out. It doesn't help that enemies dress in the same sandy brown as everything else in the scene but I guess that's the point of a soldier's clothing. There is an "enhanced vision" mode that outlines enemies in clear red but this mode is not available during combat and disengages automatically when the sword is drawn.

It controls nice and tightly and leaves little to want in the musical department. Personally I'm not a big fan of action games like Devil May Cry, I don't dislike them, but I don't enjoy them a lot. I do however love me some Metal Gear which is why this game interested me in the first place. In the gameplay department there isn't very much of that however. It's more like DMC in a Metal Gear outfit but there's nothing wrong with that. Hell, even Metal Gear games don't involve that much actual playing!

So to come to a consensus, it seems to be a solid title overall, with a heavy focus on action oriented swordplay with combos, parrying and ninja-running. In the end, not something I'm super excited about, but might pick up for the story elements. After all I'm not gonna have a bad time with it.

Metal Gear Rising: Revengeance is due out on XBOX 360 and PS3 on February 19 in NA and a few days later in the rest of the world.
Login to vote this up!