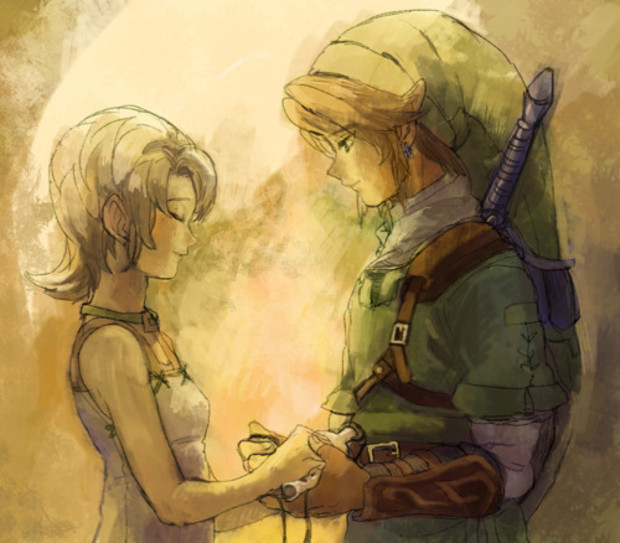 It certainly isn�t as strong as the bond that �Ico� forms or even as emotional as many of the Final Fantasy relationships, but the thread between Link and Ilia is so pure and simple. It just makes me happy seeing them together.

I can�t say that video games lack the ability to be sexy. Any form of media can take a sexual idea and spin it into a sexual fantasy that tantalizes the right mind. For me, though, I want my sexual visions to be more realistic. I�m still a virgin and I�m pretty much set on the path to being alone. If I keep myself in pure fantasy land, I�m never going to switch roads into reality.

Sadly, I view almost everything through idealized lenses. I have no doubt that at one point in my life video games will be the only thing that I find sexy. It doesn�t help that more and more games are beginning to explore sex in a more realistic and mature fashion. Sure, something like �Seduce Me� may be a stupid little point and click, but it definitely doesn�t tackle sex with a pre-teen kind of view.

We�re also starting to me a surge of women in the games industry taking the reigns behind projects and lending their own voices and values to scripts. I fully believe that female characters in the not so distant future will be properly written and wholly attractive.

As gaming stands now, though, I do not find it particularly sexy. I have more respect for sexual content in gaming now than I ever used to, but I still honestly just do not get it (both literally and figuratively).
#OpinionEditorial
Login to vote this up!