Asymmetrical Balance: The Spider and the Scout 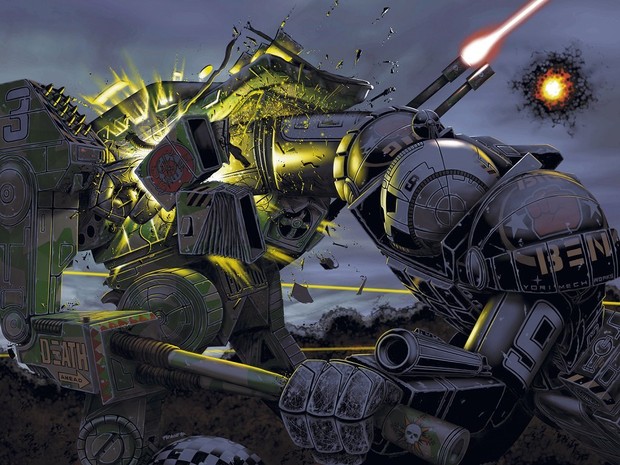 -See, innovative solutions to problems are all around us

One of the best parts of basing a game in a fantastic setting, be it the cartoon reality of TF2 or the futuristic Robot Knights of Mechwarrior is the freedom to let the imagination run wild. I can understand the plight of a designer trying to balance the weapons in a modern war game. Adjusting decimal points worth of damage values, shaving micro-seconds off a reload animation, desperately trying to make 20 functionally identical assault rifles feel like meaningful options, without making any single one better than the rest. That guy has it rough.

But when creating for a fantastic world filled with giant stompy robots or cartoon psychopaths, there is no excuse for laziness! It would be easy to "balance" the Spider with a few changes. Add some weapons, or some speed, twiddle the armour values and such. But I think that would be a shame. When an asymmetrical advantage isn't working on a character or class, it isn't time to buff that unit towards homogenization, it's time to look at what's broken in the game that makes that unit suck. Look at the maps, is there anything that could be added or changed to give players more options? What lessons should be learned for future maps? Could there be adjustments in the way rewards are dolled out? What other game modes could promote imaginative play and strategies?

The failure of the Spider isn't a chance to buff that unit, it is a opportunity to examine the game and make it better for every class and every player.
Login to vote this up!