For Your Re-Consideration: Silent Hill Downpour

11:08 PM on 01.15.2013 (server time)    0
It's no secret that the internet can be an overtly negative place to hang out sometimes and when it comes to bloggers and journalists, there's certainly no shortage of the angry critic. While several internet personalities are quite talented at implementing their perceived rage when approaching a review or retrospective I see no point in trying to do something that has been done before on countless prior occasions. Instead, I'd like to try things a little differently and speak up for the underdogs out there. For Your Re-Consideration is a series of overviews that highlights the brighter aspects of games, hardware and other things in nerd culture that seem to be the whipping boys in their respective fandoms. To be clear, these articles are not meant to be unbiased critiques, many of the negative attributes surrounding these subjects are well-known popular opinion. Instead, this is just an encouragement to give something another look.

At the outset of 2012 Konami proclaimed that it was to be the year of Silent Hill. In fact, their press releases certainly seemed to back up their claims with the planned release of a multiplayer title for the Vita, a new theatrical film and an HD collection of the series best titles. Unfortunately the celebratory year for Konami's landmark horror series never really happened. The handheld title from WayForward was met with decidedly mixed reviews, The 3D attraction in theaters was a positively dreadful experience and the HD collection (that should have been a no-brainer slam-dunk for the publisher) came out undercooked. Amongst the rest of this new Silent Hill content was the release of the latest entry in the games' main series, that title was also met with much of the same negative feelings the rest of the year's Silent Hill releases saw. However, Silent Hill Downpour has quickly become one of my favourite entries in the franchise and one of my favourite releases this generation. Silent Hill Downpour introduces the most interesting protagonist the series has seen since James Sunderland. You play as Murphy Pendleton, an ex-convict who's past is, at first, a mystery to the player. As you play, the game slowly reveals a breadcrumb trail of clues to help you come to a conclusion about who Murphy is as a person. This style of narration isn't new to the franchise in any way, but it's the first time since Silent Hill 2 that I was genuinely curious about the main character, who he was, what his motivations were and why the town summoned him. Downpour may seem to be walking a well traveled path in terms of it's story telling, but it's back-to-basics approach will come as a relief to players who have grown weary of the franchise's convoluted plots and occult overtones. This game is a personal story about Murphy's past, loss, mistakes and redemption. Plus, the story changes depending on how you play the role. The town of Silent Hill is still an omnipotent, malevolent and conscious entity but that fact never becomes the central focus of the story and never clouds the narrative, instead Silent Hill becomes a vehicle to tell a much smaller story. 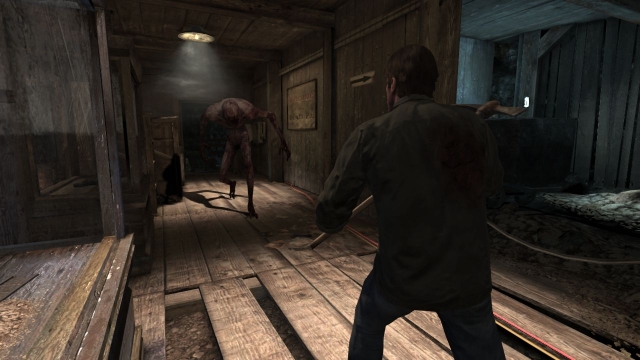 Taking time to look at Downpour's mechanics reveals that Vatra Games took the survival horror genre very seriously. Where horror games thrived on the original PlayStation, they've really found difficulty in finding a home in this generation. Silent Hill Downpour manages to walk the line between old and new without any of it's traditional elements weighing down the experience, all while allowing the modern-day elements of the game to broaden it's appeal to a wider audience without sacrificing the series' trademark scares and sense of tension. The game successfully combines the innovations that were introduced to the franchise in Climax's Shattered Memories with the original gameplay found in the first three titles. Because of this Downpour has more gameplay variety than any prior Silent Hill title. As Murphy Pendleton you'll have to explore abandoned neighborhoods and buildings, fight overwhelming numbers of creatures, solve inventory based puzzles and run for your life. To do so you'll be equipped with limited supplies and weaponry but Vatra has found a compromise to these old-fashioned sensibilities by introducing a more intuitive interface, a quick-heal button and checkpoint saves all without removing the fear of death. 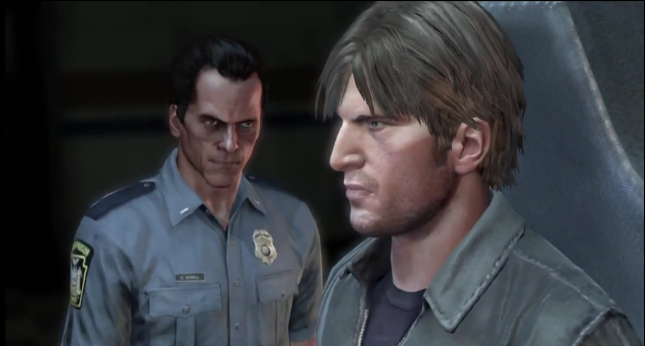 In fact, Silent Hill Downpour was seemingly unfairly judged. Measured up to the series' legacy it manages to stay true to the Silent Hill name while moving the genre in a much needed new direction. The game stands to be one of the best Survival Horror titles to be released this generation and one of my favourites. If you've been holding our for some exceptionally good horror maybe you should give Silent Hill Downpour some Re-Consideration.

Silent Hill Downpour is available on Xbox Live Games on Demand for $39.99 USD, also available on Xbox 360 & PS3 in retail stores everywhere. This article was written after having played the game on PS3. If you have any suggestions for another article, please leave it below in the comments and let me know what you think has been overlooked by our community.
Login to vote this up!