5:31 PM on 01.10.2013 (server time)    0
It's easy to be a snob. It's easy to write 2012 off as a dud year in gaming. I mean hey, the consoles are winding down, releases are drying up, the Wii U landed rocky, and this was another year where most of the big game releases we saw had a sequel number plastered to the back end of them – and some of them were real disappointments to boot (looking at you Assassins Creed 3.)

But looking back, I played a LOT of games this year.

In fact, I played a lot of GREAT games this year.

But what were the BEST? We'll, lets take a look. 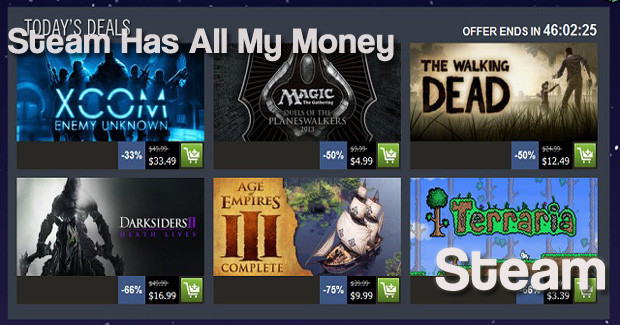 Jerks. They keep putting on sales, I keep buying stuff.
Login to vote this up!