1:25 PM on 01.05.2013 (server time)    0
I often find myself thinking about the games that were such a great entry in its genre, that it effectively killed the genre for me. This series will examine these games as well as how and why they were so incredible to me. No example drives that concept home harder than Chrono Trigger. 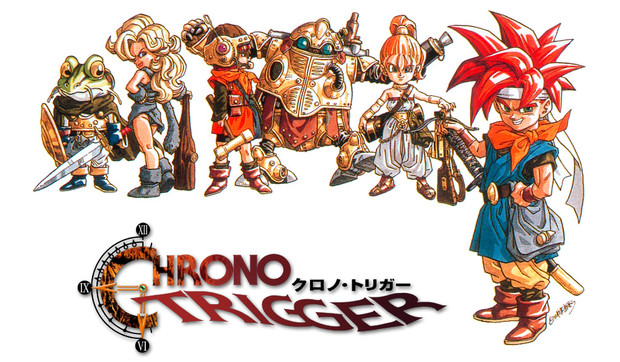 Back in the mid-90s, the JRPG was a bustling genre. On the SNES alone, there was FF II and III, the Breath of Fire games, Lufia I and II and a ton of other releases. At the time, FFIII was the crown holder. It had the best graphics, music, cast of characters and a unique and interesting story. I doubt anyone would have guessed that a title released as the death of the 16-bit era was happening that Square would release a game so good that it would essentially end its genre. That game is Chrono Trigger.

As soon as CT was advertised, fans were excited. Many people knew of Akira Toriyama's art from Dragon Ball and, possibly, from the Dragon Quest series but all were excited to see him working with Square. The art in Chrono really stood apart from the usual beauty of FF art by Yoshitaka Amano. Instead of flowing, beautiful art, CT had a more manga looking line and that made it very exciting for Square fans.

And then the game arrived to critical and commercial success, despite its retail price of $75 (about $5 more than FFIII when it was released).

The reason Chrono Trigger broke the JRPG genre for me was the many ways it challenged the tried-and-true aspects of the genre. CT removed random encounters and challenged the concept even further by removing a battle screen. When the players party encountered an enemy, the battle happened as an overlay on that screen. In fact, the screen became a background which had no real bearing on the fight. Furthermore, combat was animated. Each character moved toward an opponent and attacked or cast a spell. It really made combat fluid. Add in the dual and triple techs and you'll see that Chrono Trigger evolved the concept of character relationships through gameplay rather than cut scenes.When Chrono, Robo and Frog did a Triple Raid, you knew how familiar these characters were with each other as comrades.

CT also challenged the notion of time length in RPG games. In the 90s, video games bragged about the size of the cartridge and the length of time required to beat the game. While CT bragged about being one of the biggest SNES carts, it's completion time was roughly 25 hours, much shorter than the standard 40 hours of the time. I loved that CT rebelled against that aspect of RPGs and then rewarded players with multiple endings and the use of New Game +. There's nothing quite like taking down bosses that were incredibly difficult on the first play through with one casting of Lumiare. Good times!

The bad news is that Chrono Trigger killed the JRPG genre for me. None of the post-CT JRPGs ever held my interest. I played the hell out of Suikoden but I enjoyed the strategy part of that much more than the RPG parts. I still check out JRPGs from time-to-time but none of them really live up to Chrono Trigger. And, honestly, I doubt any ever will.
#ShareonCommunityBlogs
Login to vote this up!