Pok�news (and a general blog update)

12:36 PM on 01.05.2013 (server time)    0
Y�know, I�ve been trying to write something for a while. Anything, really. The hardest parts of these blogs are the intros. A half dozen unfinished word documents and several ideas filed away later, this is the best I�ve got: Pok�mon predictions. Well, these are less like predictions and more like speculations, but whatever.

Actually, this was one of those ideas I was ready to shelve. See, a few days ago a notice appeared at the end of a Japanese trailer for Black 2 and White 2 stating an important announcement would be made on January 8. I felt this meant we would see the start of the next generation of Pok�mon, but I wasn�t too sure. Then I saw the news yesterday. 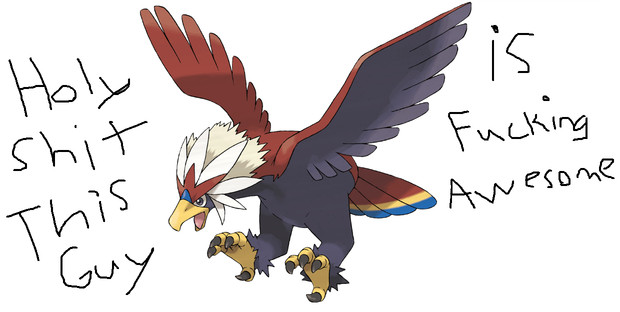 Technically, this is an eagle and not a hawk, but it's too badass for me to care.
Login to vote this up!