Last year has really been a big life changer for me, given that i am only 18, and in reality i have not been alive for a great deal of time (roughly 6,935 days.. roughly) but so much has changed this year. I started working a full time position in a very promising career, i am now settled down with a my beautiful partner and are expecting a sprog late June of this year! And of course, with work comes money and with money comes countless games in which i will never ever have time to play but i buy them just because they are on deal! Steam, GOG, Gamers gate... oh damn you!

Getting away from that real life mushy crap, lets go straight into my Top 3 games of this year, i don't think i have played enough games for long enough to do a Top 10 let alone a Top 5!

Now, some may look at my choice and think what the hell are you thinking, Diablo 3 was a shambles compared to its predecessors, but i thoroughly enjoying playing D3. Diablo 3 allowed me to get in touch with the 2.5d hack and slash scene, given that the scene is not particularly exploding at the moment but there are some! I remember waking up at 5am at the weekends back when i was still at primary school, loading up Diablo 2 and smashing into it for many hours and Diablo 3 allowed me to regain some of that feelings that i got when playing Diablo 2.

Diablo 3 did have a lot of its flaws, but if you can look past them then the game does provide a fun experience and re-playability, or if you really don't want to, try Torchlight... haha. 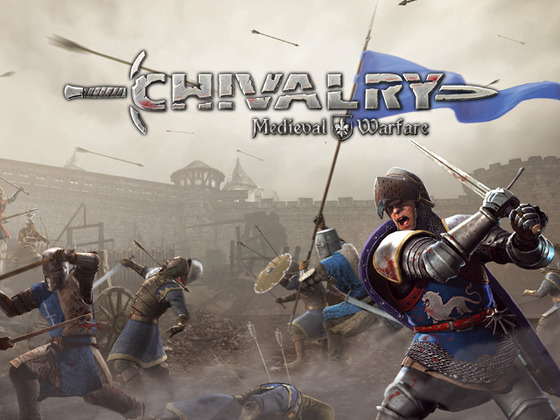 Oh Chivalry, how i love thee! Given that i have only sank 23 hours of game play into Chivalry, that is simply down to not having to play it. If i had a lot more spare time, i think very many of my hours will be soaked into Chivalry: Medieval Warfare!

[/i]With the recent influx of players due to the steam sales, my claymore has never been more blood ridden! But honestly, Chivalry is just an all round fun game to play, good mechanics, good sport between players (most of the time) and it is always fun to don the claymore and yell across the microphone at your loudest 'THERE CAN BE ONLY ONE!!!!'. [/i]

Dishonored is my game of the year, probably because i have forgotten about all the other games i have played this year, but if one was to come to mind Dishonored would definitely be up there! Dishonored's steam-punk setting and gritty game play really is what puts it in number 1. After purchasing Dishonored i continued to play the game for 11 hours straight one Friday night, nearing completion of the game, i could not put the game down. It would be play, smoke, coffee, play. On repeat for 11 hours... good times! Dishonored offered so many different ways to play out the game that it kept me going, i myself was going for the stealth approach in which the mechanics worked greatly, but when things went wrong and you had to whip out the pistol and blades, the game still played out amazingly! Bethesda really done a great job on this one, and if i am honest i would love to see some sort of sequel/prequel to this!

There is my list, now bare in mind that i have a memory like a sieve and there are probably many games that deserve these spots, buuuut for the life of me i cannot remember what i have this year, it has all gone so fast!

Thanks for reading this far if you have, also if anybody is interest, i have an Assassin's Creed 3 giveaway and the name is due to be drawn tomorrow morning! Check it out and if interest, leave a comment on that post!

Thanks folks, have a great day!
#ShareonCommunityBlogs
Login to vote this up!

Me, Myself and I.

Hi my name is Connor (thescot) Reid, i dabble in games here and there and also play with Llamas. Check it out at DevastatinglyAverage.com, you wont find any Llamas there but you will find some crap scribbled down in a blog like manner!

Have a nice day