9:02 AM on 12.20.2012 (server time)    0
So recently I've been getting into a bit of old-school gaming and replaying some games I really haven't thought about much since I was about ten. As a kid I was pretty big into strategy games, FPSs and action games, but we never really had a whole lot of money so I mostly learnt about a lot of games through demos or magazine articles. One game that particularly caught my eye as a kid was Blood 2.

Blood 2, and infact the earlier Blood aswell, were both games I'd played the demos of and the experience had stuck with me, so I ended up buying them recently and playing them through, and ok, I'll admit it now: I'd never been too keen on Blood. I played the demo but I couldn't really get into the gameplay, though it was by no means poorly made it just didn't gel with me very well. I'd grown up on Doom, a game which once you scrape away a lot of the attitudes and hysteria that have built up around it is a very simple and straightforward game. Blood wasn't like that, and I could never really get into the whole zombies, cultists and dynamite thing; Blood 2 on the other hand, I enjoyed a lot, and replaying it now as an adult, and getting to actually play the whole thing, brought into starker contrast why I'd felt so indifferent to the first game, yet enjoyed the second so much. 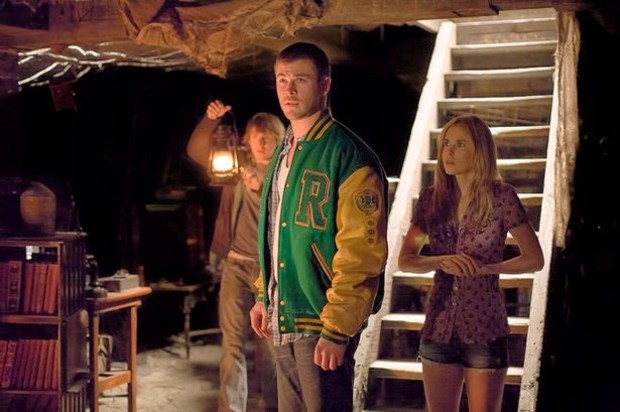 I think a big part of what Blood 2 succeeds at is being self-aware, being aware of the culture it's a part of, and knowing at the end of the day that it's just a piece of fiction, but at the same time still being a good piece of entertainment � and something anybody can get into. You don't have to be ridiculously well-educated with a degree in Post-Modern studies to get the joke, like I was saying with Buffy or with Scream, there's a layer there in which they acknowledge they're just a piece of fiction and because the audience is in on the joke you can enjoy it a bit more. In short, you can be intelligent without being intellectual.

I ended up enjoying Blood 2, for much the same reason as I enjoyed (and still do enjoy) Dungeon Keeper, or Spec Ops, or Limbo � or even Half-Life when it originally came out, because sometimes making a good game isn't just about quality, it's also about looking around at the competition and saying 'well, couldn't we do something a little different...?'
Login to vote this up!