For those of you who aren’t aware, Amnesia Fortnight is an annual event held by legendary development studio Double Fine. In this two week period, the studio takes a break from whatever game they are currently working on, and divides the company into five small design teams. Each team is then tasked with developing a prototype for a completely original game.

In previous years, the projects prototypes have led to successful games like Stacking, Iron Brigade, and Costume Quest. This year, however, Double Fine has teamed up with the delightful folks at Humble Bundle, to deliver a pay-what-you-want bundle of prototypes; with a customizable portion of the payments going to the Child’s Play charity.

Twenty three game ideas were pitched, but, after a week of public voting, only five made the cut.

As a supporter of Humble Bundle, and the work of Double Fine in general, I decided to contribute and give the prototypes a try. My thoughts are as follows:

Pegged as “Dwarf Fortress in Space”, SpaceBase DF-9 is a stylish, top-down simulation game wherein the player must build a space station populated by simulated citizens (usually called Spock Kenobi or other similar sci-fi references). While these citizens can’t be directly controlled, they can assist in the building of new structures, and the player can assign them jobs to fit in with the buildable areas in the SpaceBase. If a citizen gets sick (diseases like “Cosmic Chlamydia” never failed to make me laugh), you’ll need an infirmary, and a doctor to work there. Want a pub so your citizens can socialise? You’ll need a bartender to serve the drinks.

DF-9’s building tools are simple and easy to use; the player uses a grid selection tool to place new structures, and a similar tool to insert “zones”, the different coloured floors that highlight the type of area being built (e.g. Lab, Garden etc.) In game time can even be sped up by x32 to make building times fly by.

Double Fine’s signature sense of humour is as prevalent as always in SpaceBase, usually in the form of the notification-style information delivered to the player regarding citizen status, meteor collisions, and the occasional murder (oooh).

Since this is only a prototype, there aren’t really many things to do from here on in. There are never any interesting interactions between citizens, and the areas and jobs you create don’t seem to have a noticeable impact on the base as a whole. Since the citizens are powered only by their own free will, I also had problems, when trying to expand my base, with citizens just refusing to build essential structures.

At the end of the day most of these are teething/timing problems rather than design oversights, and to create a fully functioning simulation game in two weeks is nothing short of impressive.

The Verdict: Promising. Conceptually simple, yet delivered with charm and enthusiasm. I’d be pretty pleased if this got the green light. Standing proud as the prototype with the most votes, Hack ‘n Slash, had a lot to live up to. Lead designer Brandon Dillon promised a Zelda-esque adventure game with a twist: the player could use in game items and glitches to essentially “hack” their way through the game (hence the “hack” in Hack ‘n Slash). As somebody who has absolutely no interest or aptitude for coding/hacking/programming, this game held absolutely no interest for me. Now that I’ve played the prototype, I really hope Double Fine follows through with a full game.

The beauty of Hack ‘n Slash, apart from its fantastic 2-D art direction, comes from the ever humorous juxtaposition the game provides. You start off wandering around forests and castles in typical Zelda fashion, only instead of being gifted swords and magical artefacts, you receive laptop recording software (used as a sort of auto-save mechanic), time slowing devices (similar to those found in Braid) and an input device (used to interact with enemies, then access the game’s code to decrease their health to zero.) The contrasting elements of high fantasy and programmer tools are a constant source of amusement, and, along with the fantastic character design and hilariously irreverent dialogue, make Hack ‘n Slash a charming little adventure game.

Puzzles, so far, are simple but challenging, and do a great job of highlighting the potential of the games mechanics. The prototype does have a few (unintended) glitches and collision problems, but nothing that isn’t understandable given the development constraints.

To top it all off, Hack ‘n Slash like most of the Amnesia Fortnight entries, features a fantastic soundtrack, one that harks back to older game soundtracks that relied more on simple, memorable melodies, rather than epic, sweeping orchestral movements.

The verdict: Excellent. The culmination of brilliant design, execution and art direction; the prototype itself is an impressive feat, and a full game would surely be even more impressive. 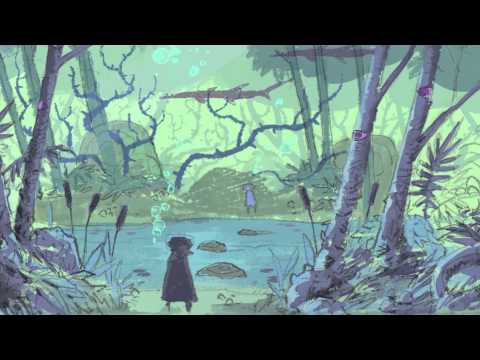 From the get-go, it is apparent that Black Lake is the brain child of an artist. While Hack ‘n Slash is a programmer’s wet dream, Levi Ryken’s Black Lake is trying its best to arouse the senses. It does a pretty great job.

In Black Lake, the player steps into the shoes of a young, Russian girl, who, with the aid of her trusty accordion, must track down a mysterious fox through a dark, atmospheric forest. Black Lake is probably the most beautiful looking game of this year’s Amnesia Fortnight; the use of darkness and light when switching the girl’s lantern on (for tracking footprints) and off (for heightening other senses) is incredibly satisfying to look at. The game’s environment has also been designed with great care and attention, at times feeling like some of Skyrim’s more enchanting woodland locations.

Tied together with solid controls, a fantastic soundtrack, and some truly terrifying enemy design (which I won’t spoil for anyone interested in playing), Black Lake is a prototype that succeeds practically as well as conceptually.

It is also satisfying that, even in a game’s early development stages, it can be a terrifying experience, despite not being presented as an overtly “Horror” game.

The verdict: Excellent. Equal parts relaxing and frightening, Black Lake is like taking a bath in milk, then having the bath invaded by wasps (in a good way.) The White Birch is a 3-D puzzle platformer, set inside a large tower that must be scaled by the player. Conceptually, this game held great interest for me. I really enjoy puzzle platformers, and something that sounded like an artier, more abstract version of Tomb Raider seemed right up my alley.

Unfortunately, The White Birch fails not in its design or ideas, all of which are pretty sound. Rather, the game is rendered near unplayable by dreadful collision detection, clunky controls, poorly placed cameras and various other glitches. My friend and I spent around half an hour trying to solve a simple bridge puzzle (one that we had already figured out how to solve) because the bridge either: reverted to its state from before my last death, appeared as a large texture-less oblong (it was supposed to look like a ladder), or just failed to behave like a solid object.

Many other times, I would push the analogue stick a certain way, only for my character to move a different way because the camera had swung round into a rather unhelpful angle. I understand the time constraints of the Amnesia Fortnight developers, and I feel like a real negative Nelly for speaking ill of such a game, but I’ll admit: I couldn’t even finish The White Birch.

The Verdict: Disappointing. A game that feels like it could be fun and interesting, if it wasn’t fundamentally broken. Autonomous puts the player in an open world setting populated by large hostile robots and clusters of energy. Through the game’s first person perspective, the player must collect energy and robot parts, both of which are used in the creation of personal automatons. These automatons can be programmed with different attributes and skill sets, before being sent on their way to patrol the area, hopefully protecting you from any hostiles in the area.

The aim of the game is survival. While the player cannot directly control the automatons, they react based on the programming assigned by the player, leading to an almost 3-D tower defence experience.

Featuring solid controls, a fantastic 80s inspired, synth-laden soundtrack, and a rather Tron-esque aesthetic, Autonomous is a polished, balanced experience tailored to those of us who have always wanted our own robot pal. Out of all the games in the bundle, I could see Autonomous being swept up by a publisher first, purely for its broad appeal.

The Verdict: Good. While it didn’t blow me away (maybe I’m just not that into big robots?), Autonomous is a well-made prototype, with great potential for a full, open world, survival game.

To be honest, each of these prototypes tries something new, for better or worse, so I’d be pleased if any of them made it to be a full game, purely for the sake of variety in today’s market. Don’t forget to check out Double Fine’s work, and support the guys at Humble Bundle whenever a new bundle comes up. Double Fine and Humble Inc. still remain bright lights in an ever darkening world of videogames.
#ShareonCommunityBlogs
Login to vote this up!